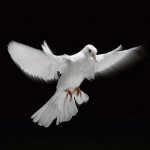 First heard of Fire Emblem as a fan of Smash Bros 64 when Melee was released. I played Gaiden especially, using an early fan-translation, before The Blazing Blade and Sacred Stones were released. Bought a copy of Path of Radiance before it was (too) expensive, but now have digital copies of this and Radiant Dawn (which is the only one of the above I don't think I've completed) for the Wii. Playing Heroes (an infinite game!), and just started Shadow Dragon now that I've found that it and the New Mystery of the Emblem translation are playable.

Retrieved from "https://fireemblem.fandom.com/wiki/User:Xensyria?oldid=427863"
Community content is available under CC-BY-SA unless otherwise noted.