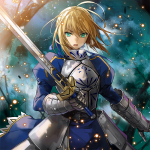 Hi there, thanks for your hard work with the background removal of the images ^^ I notice you were doing so with Awakening character portraits, would you mind do me a favor by replacing the low quality images (like this one for example) with those from spriter resource as you proceed? The portraits there should already have transparent backgrounds, you'll just need to crop the one with neutral expression. Thanks again =] -- Khang (talk) 03:27, November 14, 2015 (UTC)

Even the children playable character even though their actual color does not match to their character artwork? AzureJay 2:24, November 14, 2015 (UTC)

Please stop adding them solely for the sake of adding them. If you are editing the gallery for another reason and think they might be appropriate, sure, but they are not required, and are preferred for smaller galleries, due to larger galleries looking kinda bad and ugly when half a row gets cut off by colliding with the nav bar.--Otherarrow (talk) 02:36, December 11, 2015 (UTC)

I'm so sorry I didn't know I thought it was a good idea for all playable characters...  so I can only adding gallery box when their a lot of images like Chrom's gallery or just don't add them at all despite of a lot of images?AzureJay 6:39, December 10, 2015 (UTC)

I don't know, since I didn't add the box and thus don't know it's specifications, but I've noticed that larger galleries with lots of images tend to do slightly worse with the boxes. I think Chrom's hits the thresehold where it's so huge that it becomes a nonissue, but for most, like I said, they tend to "collide" with the navbar an end up cutting images in half by default, which looks kinda bad IMO. Either way, the point is: The gallery box is something you should add "while you are there" (meaning, if you are adding something else). It's not a requirement and adding it solely for the sake of adding it is just kinda odd.--Otherarrow (talk) 02:51, December 11, 2015 (UTC)

So don't add the Gallery Box anymore even though the playable character's images has a lot of images. AzureJay 6:59, December 10, 2015 (UTC)

As noted on the template page, Gallery Box should only be used on pages that have the gallery with so many images. It is not necessary to add it to every page that have a gallery. -- Khang (talk) 03:13, December 11, 2015 (UTC)

Retrieved from "https://fireemblem.fandom.com/wiki/User_talk:AzureJay?oldid=271402"
Community content is available under CC-BY-SA unless otherwise noted.