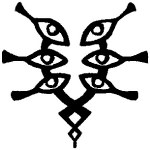 I've corrected that one for you.

Honestly, I hope I am replying correctly, but anyway, yes, I am referring to Big Shield, but Guard is what is included on the translation of Seisen no Keifu I'm using, so I'll remember to write down Big Shield next time.

By the way, I basically copied your signature and filled in my data, but how do I set up the hyper like to my talk page?

I usually prefer it if people reply to my talk page because puts up that 'new message' bar which I can see no matter what wiki i'm on, but other than that its a good reply.

As for the signiture, I'll have to tell you tommorrow as its 00:15 here and I really need some sleep (sorry if its an incovinience, but I am awfully tired and I spent longer on the spyro wiki then I intially intended).

If you need any help adding anything to your sig just ask : )

the image is a bitmap from print screen, so you'll have to paste it into paint and save that image to a different type so it can be uploaded, unless your playing on some sort of emulater in which case you may want to go into the options and look for something along the lines of screengrab and then save that under a suitable file type.

If I recall correctly, they are used the same way, so sure. (The Con page even refers to them as the same thing) As for the backspace, can't help ya there. I have the same problem sometimes.--Otherarrow 08:09, 18 June 2009 (UTC)

I'm not quite sure what your saying Edit

your not allowed to plagarise (copy/paste) from websites. If that page needs improvement then you improve it, you can read the website article, then add in your own words what needs to be added.

I think that answers what you were asking, but i'm not quite sure.

i saw on the Asvel (i think) page that you removed the weapon ranks, saying in the summary that you don't put them there. When in fact you do, its just that some pages don't have them because they are hard to get, but where possible its good to have them.

P.S thanks for all the page upgrades for the first time in ages the stub count is actually going down instead of up.

In the edit I checked you hadn't done that, you'd only removed the ranks. Can you sign your messages with '--~~~~'

comment withdrawn, although can you call it weapon rank or mastery rank rather than weapon mastery level, as mastery level makes it easier to confuse the divide between, weapon rank and weapon level.

why don't you leave the stats out and just add to the story bits of each character, i'm trying to think of a table design which will show the different stats in one table, but so far no good. Why don't you concentrate on the story bits of these pages or move on to another type of page, for now.

Ok, I was thinking of doing this, but where the games are do the different pairs of characters, do you think that will work? Other than the characters, is there anything else which affects there stats which would mess this up?

I can't really think of a way to display that information for the seperate characters. As for uploading the formulaes, that would be great if you cn think of a name for the page (I think something along the lines of Fire Emblem: Seisen no Keifu character formulaes will do)

As for the armory/armoury thing, I spell it armoury because i'm British, Americans spell it retarded-ly differently as in armory. In this case its up to you how you spell it, but i'd go with how your used to spelling it.

Another thought, I'd like to move the conversation section of the Seisen no Keifu out of the love category since not all conversations deal with love... Sounds good?

I think really you should do whatever you think sounds good. I'm going to start FE4 very soon (hopefully tonight if theres nothing on tv) and then i'll be able to better understand FE4, which seems like the most complicated game in the series right now.

I don't think thier is much of a difference. Consistanty with the other pages for other games mostly, which all use "growth rates".--Otherarrow 20:37, 3 July 2009 (UTC)

This was my responce. Just so you know, this is the last time I will split the conversation across two talk pages. The conversations are kinda hard to keep up with the moving from talkpage to talkpage.--Otherarrow 20:54, 3 July 2009 (UTC)

Awesome. I intend to keep up the good work after I read about some unread messages...

I'd just leave them out for now, try to find something else to do, you can't really put down down a best pairing anyway, since some people will consider some stats more important than others. You've done a lot for FE4 maybe you should consider doing some other game fo a while, for a change or something like that. In any case, I see no way we're going to be able to fairly work the stats onto the second generation characters.

Actually I think you're right; I recall having similar problems getting Drei to have Dagda's portrait. I think you might have to skip Chapter 8x - I did that in my last playthrough and got it to work correctly. I'll take a look at it later if I remember. Aveyn Knight 13:35, 23 July 2009 (UTC)

I havn't been within internet access for 12 days, I put a note on my userpage. Did you get those problems sorted out? Either way I havn't played FE5 yet and have no idea who Drei is or what you were talking about and that image problem is because of wikia's cache it should have fixed itself after a while.

I suggest you upload every weapon icon (with FE4 in the name to avoid duplicate names) and then adding them to your (I must say nicely done) page. Then you'll be able to make sure your using all the FE4 images and not some others by mistake (i.e right now you have the FE9 meteor).

kk, i'd help out a bit more myself, but i'm not feeling tip top.

Go to Special:MultipleUpload make sure to put Category:Weapon icons in the summary.

As your a major contributor to the wiki, I wanted to bring this vote to your attention.

Thanks for that fact check recently on the Thor Hammer page. That was my bad, and I'm really glad you caught that. Thank you. =) Otherwise, how goes it? It would be great if you started editing again! If you take a look at Fire Emblem Wiki:Task Board, there are some items that only someone of your expertise and experience could realistically help out with. Any interest? =o--Aivass Remurias (talk) 09:07, February 18, 2013 (UTC)

If I have the time, I will definitely assist. The only thing I have to get used to is the new board format, since when I made most of the Fire Emblem 4/5 character pages, the format for this wiki was different. It shouldn't take too long to get used to though.  '--Charged151 - any replies to my Talk page -' 19:17, February 18, 2013 (UTC)

Mhm, I definitely hear you on that. Please let me know if there is anything you want to discuss or have explained along the way. I would be more than happy to be a resource on such matters. I for one am very happy to have you back, and I want to make it as hassle-free as possible for you. There are some other really great editors here, as well, but I that goes without saying. The lines of communication are open. =)--Aivass Remurias (talk) 22:32, February 18, 2013 (UTC)

This is just a heads up that there were some of the Jugdral Series characters, locations, and items that were been revealed already in outside of Japan and that I did seen some of your recent edits did shows some of their names from the japanese name (that I am not sure if you saw some of the other Jugdral pages that were got their names revealed outside of japan like Sigurd, Seliph, Leif, Larcei, Ulster, Ayra, Lewyn, Finn, Ares, Raydrik, Deadlords, etc.), but there were names that already been revealed from Fire Emblem: Awakening that we go with those names instead of using their Japanese names since they have been localized.-- http://i1116.photobucket.com/albums/k576/DigiPen92/ChromLordFE13MapIconpng_zps2c4cf18b.png King Marth 64 (talk • other wikis • blogs)

I understand that names have been localized.  That doesn't mean I agree with some of the changes (Sigurd, Diadora, and Leaf getting their names changed struck me as odd).  I assume I am getting this since I said "Leaf" instead of "Leif".  Anyway, hopefully we get FE4 and FE5 localized if NOA and NOE want to go through the effort to rename everyone.  '--Charged151 - any replies to my Talk page -' 20:05, February 23, 2013 (UTC)

In case this applies to you, I wanted to draw your attention to an upcoming UK Fire Emblem event. We'd love to offer you a chance to attend. Let me know by leaving me a message on my talk page!

Retrieved from "https://fireemblem.fandom.com/wiki/User_talk:Charged151?oldid=177436"
Community content is available under CC-BY-SA unless otherwise noted.