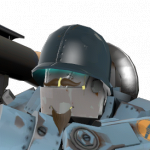 Thank you for fixing up the GBA templates for the wiki. I myself am far too busy with other things, and Otherarrow has been busy with other stuff so it may have taken quite a while to get em done. Glad you could help with them (although you may want to try to do the coding like they're done for the DS games, just saying. Moreso referring to the usage of Template:CharstatGBA when you don't need to change anything at all for that and just fill in the tables appropriately, so don't worry about changing that bit. Only have to add in the missing fields really). Once again, thank you for taking the time to fix them up, and hope to have your help in the future when the rest of the templates are updated and pages need fixing! ^^ Xenomic (talk) 03:29, September 27, 2014 (UTC)

You're welcome! I just saw that the templates were broken in the GBA characters' pages, and figured that as long as I was looking around them, I should do my part to fix them up. I am a bit embarrased that the way I fixed them up wasn't quite the same way you guys prefer it, but at least they're displaying normally. I'm happy to help, and I'll start back up in a few hours wherever the fixes still need to be applied. Codefreak5 (talk) 10:45, September 27, 2014 (UTC)

Good to hear! Just let me know on my talkpage whenever you get all of the pages done, if you manage to do them all, so that I may get the next template up and ready to go. Xenomic (talk) 03:35, September 28, 2014 (UTC)

Just letting you know, you didn't do Marth's FE3 section correctly. Take a look at the coding for the template itself, and you'll see it uses tabbers. Thought I'd let you know early on before you go TOO far. Examples would be several characters in FE13 (Marth's page would have this very example actually). Xenomic (talk) 06:43, October 2, 2014 (UTC)

I have not completed the FE3 characters yet. I took a break on the 4th or the 5th, because the stress from making editing mistakes and learning that I did so after the fact became slightly overwhelming. I can continue now, though you may also want to consider passing the job to someone more experienced and less likely to make mistakes. Codefreak5 (talk) 16:45, October 30, 2014 (UTC)

Ahhh don't worry about making mistakes, we all do myself included. It's a learning process sometimes after all! You're still doing a good enough job as it is so don't worry! ^^ Xenomic (talk) 20:02, October 30, 2014 (UTC)

I wanted to add that there's no need to feel about about your mistakes. They weren't that bad and aren't that hard to reposition. The real key is the motivation. Just copy and paste the correct code and it doesn't take too long. I want to thank you for what you've done so far, Codefreak5.--Aivass Remurias (talk) 21:18, November 4, 2014 (UTC)

Hey, I wanna thank both of you for dealing with this template situation. I probably should have done it ages ago, but I'm lazy and lost most of the motivation to wiki edit aside from patrolling and minor changes. Sorry again. But more importantly, you guys are life savers. You are doing great! Since FE2 is a low cast game, I can take that while you start on Tellius or Thracia if it's OK? Or you guys can go at your own pace, that's fine.--Otherarrow (talk) 23:17, November 10, 2014 (UTC)

You're welcome! I'm okay with you taking FE2, and I can take Tellius, while Thracia can be done by whomever's left - I believe it's Aivass, but I'm not completely sure. I'm ready to start whenever you are. Codefreak5 (talk) 02:36, November 11, 2014 (UTC)

Could you please put the code for the GBA character templates to one per line, as they were? You've put the entirety of the code in 3~4 lines. That really needs to be fixed.--Aivass Remurias (talk) 10:15, September 28, 2014 (UTC)

I didn't to look at the template before I started doing this, I'll admit that freely. I didn't think these fixes would be very complicated. I guess I was wrong.

I can go back and fix everything sometime. I don't want to leave everything the way it's not supposed to be if I'm responsible for it. Codefreak5 (talk) 00:36, October 3, 2014 (UTC)

Eh, it's ok, I think. Think about the entirety of the GBA pages that involve the templates. Now how many of those did you do in 2~3 lines in relation to all of them, done and not done? If the majority of those are the way you did them, just do the rest of the GBA templates like you've been doing. If it's a minority, stop and do the rest the right way. Trying to isolate the problem, and at least be consistent. I mean, at worst, only all the GBA pages will have the scrunched-up code. Then we can go from there, possibly fix them. Does that make sense? Sound good? You are on a roll, so that's good.--Aivass Remurias (talk) 01:10, October 4, 2014 (UTC)

Actually, just do the copy/paste from the example (spread the code out) from now on...because the whole site was done that way until now. Making them all that way would be too much work. Plus, they are kind of hard to read/edit that way. Cool?--Aivass Remurias (talk) 01:12, October 4, 2014 (UTC)

All of the GBA pages are done, and they're all done in the scrunched-up way I did them. I could go back and fix everything sometime, to unscrunch the code and all, if it really needs to be done. Right now, though, I've been asked to do all the FE1/FE3 stat templates. Don't worry - I'm actually copying the code from the template page this time, so nothing's wrong there.

In that case, we can just fix the scrunched templates later. I can help. Keep going with FE1/FE3 and the tabs. You're doing fine. Thanks for your contributions.--Aivass Remurias (talk) 04:17, October 4, 2014 (UTC)

I have discovered a tactician in awakening.  she appeered on the world map and i parlyed with her.  i accidentally deleted my save file so i cant remember hear name.  she said "please dont kill me" she cost 3600g.  I recraeted her in the player customization and this is her: build 03 face 05 hair 04 and hair color 16.  if you tell me who. it would be appreciated.

I don't know why you think I can help you with this, and I'm afraid that I can't. Since there are hundreds of thousands of people who play Awakening, the odds of me meeting the same tactician you're looking for are extremely slim. Also, according to my Avatar Logbook, I haven't met any tactician that meets your description. I apologize.

Also, please sign your posts on talk pages in the future. You can do so by typing four tildes (~~~~) at the end of your message, or clicking the signature button in the visual editor. Codefreak5 (talk) 00:30, November 14, 2014 (UTC)

When editing an article, can you please be sure to minimize the amount of spaces you use? We want to keep the coding source of each article as simple as possible.

I apologize. I did not know there was a rule about spaces - I simply thought the spacing would make the template appear less cluttered when the page was viewed outside of the source editor. I will be sure to not use them where I have been from now on.

I will also break contractions up if I come across them.

Retrieved from "https://fireemblem.fandom.com/wiki/User_talk:Codefreak5?oldid=229552"
Community content is available under CC-BY-SA unless otherwise noted.