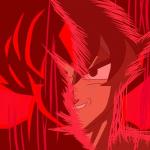 Hey man, I'd just like to let you know that Caeda and Navarre are confirmed for Fire Emblem Warriors. They were leaked by the European version of yesterday's trailer.

All leaks are fake until proven true, and since the fake leak about Caeda and Navarre is not proven true, and no gameplay either, there's no point in adding those characters. Now stop ruining the page before you make things worse. DBFan9000 (talk) 20:25, September 14, 2017 (UTC)

I am not "ruining the page"- there is no need to be aggressive. If proof is really what you are looking for, here is an undeniable shot of Caeda from the Nintendo UK video. The shot of Navarre's shoulder can be seen as well.

I do not want to start a page-editing war, so I will let you keep them off the page if that's honestly what you want. Regardless, their addition is undeniable and I believe that they should be listed.

Hey, It's not that I am saying that they are NOT in the game, but there are two issues. 1. We do not know their role, most likely they are playable, but they can wind up just being NPCs on launch (though most likely Caeda will be playable while Navarre may be up in the air). 2. The images of Caeda and Navarre thus far are extremely low in quality and have that annoying PEGI mark, which further disqualifies it to be placed on any pages. In the mean time, we have confirmed on the individual pages that Caeda and Navarre will appear in game, but in terms of playable, that has yet to be confirmed. Even then their current appearance is passive and an oversight by Nintendo in the trailer release.—Nauibotics (talk) 20:42, September 14, 2017 (UTC)

Since Caeda and Navarre appeared in the UK trailer we know they're in the game, even if we don't know in what capacity, so shouldn't we at least acknowledge that on the related pages? Are You Serious (talk) 22:19, September 14, 2017 (UTC)

Yeah, their individual pages already have the mark that they are in the game. Whether or not they are playable, mostly Navarre, is up for debate. Apparently there will be a few other FE characters in game who are not necessarily playable.—Nauibotics (talk) 23:13, September 14, 2017 (UTC)

Hi, since you appear to be a regular editor now, I'd like to mention that we advise ppl categorize their images as they upload, it helps keep wiki clean and neat in some way. An additional tip, if you find uploading a bulk of files tedious, you can use Special:MultipleUpload to handle all at once. Also, thanks for helping out the wiki =] -- Khang (talk)

Why are you undoing my editsEdit

About those file namesEdit

Your edit here works great, I just wanted to comment that I have seen several works use the word "Hero", to mean "individual of great skill" rather then "protagonist of good morality." That was probably what the original edit meant. Emperor Hardin (talk) 21:07, April 24, 2018 (UTC)

Hello, i'd like to know why you deleted the trailer informationof Robin and Sumia and the secondary meaning of the name, as it would be interesting have the information there in Sumia's page. Heres is the trailer. I see no reason why it was deleted. Also i just added the supports in alphabetic order. Thanks!

I don’t care if you think it should be an alphabetical order, Chrom is the main character of Fire Emblem Awakening, not Robin, therefore Chrom is the first of Sumia’s support. I had to delete your part to keep you from adding false information about why you think Robin should be first. DBFan9000 (talk) 22:42, August 21, 2018 (UTC)

Hi I was the one that added Boss Theme from Book II in The List of Music in Heroes and claimed that it was a different theme, which I maybe wrong but there's a difference between the theme that we hear during the trailer from book II to the actual muspell boss theme.

But like I said maybe thay ripped the theme from the trailer I'm not sure. Anyway thanks for your time.

Hello. I just wanted to direct you to this page that shows you how to revert a page when multiple edits are made: Help:Reverting
AnimeCargirl (talk) 01:43, January 22, 2019 (UTC)

Since you seem to be such an expert on the matter, enlighten me. What makes the Adrift Heroes different from literally every other set of Paralogue alts? As they currently are, they just seem to be bloating out the Fates category.

But the Brave Heroes are under their own categories, no? Isn't the whole point of the separate categories to make it easier to navigate, rather than having some arbitrary system where there's literally only one outliner?

I have to say, judging by this conversation and your previous history, you're incredibly rude for no reason. Makes you wonder who really is the kid here. And I wonder what exactly you're threatening me with here? Especially since I'm only trying to have a conversation.

It doesn't matter to me. By order of the Fandom Admins such as Nauibotics, no one is allowed to move the Adrift Heroes into "their own categories", they will stay in the "Fates" section with the rest. Doing so will result into getting reported for unnecessary editing and spamming, as you are already warned about it. We've got our eyes on you, kid. DBFan9000 (talk) 04:43, July 25, 2019 (UTC)

Hi DBFan9000, I would like to remind that you keep neutral attitude towards other user's editing. If someone's edit is not in accordance with our policies or common conventions, you can revert those edits but leave a friendly message to discuss with them. Acting hostile will do us no good but drive away potential editors or attract vandalism for worse. -- Khang (talk) 04:58, July 25, 2019 (UTC)

If it's already been an issue before to the point Admins have stepped in and made a decision, then fair enough. However, if it's apparently such a big issue, why isn't there any mention of it on either the Talk page, or the main page itself? Since I saw no mention of it, I just assumed it was some kind of an oversight. And for that, I'm apparently some kind of suspect spammer and/or vandal now? Enough to warrant a cliche line such as "We've got our eyes on you, kid"? Honestly pretty ridiculous. I can see why everyone I know who has a moderate interest in Fire Emblem tells me to not use this wiki.

Retrieved from "https://fireemblem.fandom.com/wiki/User_talk:DBFan9000?oldid=492577"
Community content is available under CC-BY-SA unless otherwise noted.