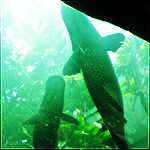 About the Harvest Scramble Conversations...Edit

Well done, Eku53ru. You have managed to finish the last of the conversations for Harvest Scramble. And now, the Summer Scramble conversations are next, followed by the last of the Scramble Xenologue trilogy, with fanservices from Lucina and Severa! =3 ...Oh, and Owain and Inigo, too. -_- ...But, did you know that only one conversation remains? That's right, the European version of the conversations between Nowi and Tharja. Yeah, it looks the same, except this time, it's about Tharja's hair, instead of her, um..."boingy bits". I can tell, the conversations are written in English. Unfortunately, I only found the first conversation and not the second, so I couldn't add the first one without the second one. If you found the second one, do you think you can add it? If not, then that's fine, you don't have to add it if you don't want to. -- DevilX90 (talk) 19:10, May 7, 2013 (UTC)

Haha, thank you. XD Unfortunately, as you may have guessed, I have the North American version of the game, and I have been adding my transcripts using that. Someone on Serenes Forest might have the European version of the conversation up for comparison, but I haven't checked for that yet. Thank you for reminding me about the difference, though--I wonder, what would be the best way to address it on the page? Eku53ru (talk) 02:22, May 8, 2013 (UTC)

Just checked it--SF does have the entire EU version, and all references to Tharja's breasts have been replaced with touching/feeling her hair. I can add in the second part (if you have the first part typed up), or both, once the headers have been sorted out (or something). —Eku53ru (talk) 02:45, May 8, 2013 (UTC)

It is done, Eku53ru. All conversations from Harvest Scramble are finished at last. Next up, the Summer Scramble conversations. And in two days (I think), the third and final "Scramble" Xenologue, Hot-Spring Scramble, will soon arrive, along with the fanservices from Lucina and Severa! =3 ...Oh yeah, and Owain and Inigo as well. -_-  -- DevilX90 (talk) 20:35, May 7, 2013 (UTC)

Whoo! It might need additional script comparisons and/or typo checks, but that can come later. I'm looking forward to the other DLCs as well, though I'm enjoying the dialogue more than the cut-ins. XD —Eku53ru (talk) 03:49, May 8, 2013 (UTC)

Retrieved from "https://fireemblem.fandom.com/wiki/User_talk:Eku53ru?oldid=193401"
Community content is available under CC-BY-SA unless otherwise noted.