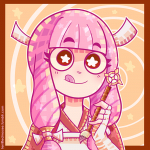 'The Future Past /Script' UPDATES:

Just wanted to first say welcome back, and thank you for filling in the Support pages! I had a quick question about Noire and Gregor's support, as you said the first "*sniff*"s were lower-cased. They seem to be capitalized in her other parent supports (I can only personally check Henry's, unfortunately), so if it isn't too much trouble, could you double-check this? —Eku53ru (Talk | contribs) 08:42, July 23, 2013 (UTC)

Hi, thanks for your comment Eku53ru. I directly copied the support from my copy of the game which is the European version. Normally I change words such as "mum" to "mom" when writing it up on the wikia, or research it when something looks off (e.g. Lissa's and Kellem's S Support). After looking at other uplodes of Noire/Farther supports on the internet, your definitely right in saying they begin in a capital letter. However, my copy of the game is DEFINITELY in lower-case. When viewing other supports on my copy, such as Inigo's and Gerome's A Support, "*sniff*" is also lower-case. I have a feeling that this is different in the American version, where it would normally begin in a capital. Another thing I noticed is that you edited my Libra/Inigo supports from "..." to "......". I think this is also due to being copied from the European version. Unfortunately I cannot give you a decent screenshot of it due to having a really low-quality camera, and I could be wrong about the American/European thing. But I would like thank you anyway for your kind inquiry and for correcting my mistakes to suit the site! (Evacino (talk) 10:03, July 23, 2013 (UTC))

I think you're right on the differences between the two versions; I didn't know there were so many! I have the American version, and if a sound effect is at the beginning of the sentence, it's capitalized (for consistency, I guess? I think the European version handled it better). (Noire: *Sniff* vs. Noire: <something> *sniff*, but if the effect succeeds a sentence, it's still lowercase) You're right on the extended ellipses ("......") in the American version, as well (now I know why people have added them as just "..."). Since the majority of the contributed scripts have been from the American version, I think it would be best to keep them consistent. I haven't had as much time to play Fire Emblem lately, but I'll continue to help where I can. —Eku53ru (Talk | contribs) 09:49, July 24, 2013 (UTC)

Thank you for your swift relply Eku53ru! I haven't had much time to play Fire Emblem either, but normally booting up the Support Log does not take that long. It's mainly finding new pairs in-game and writing it up on the wiki that take time! Anyway, I noticed that you corrected that Noire/Gregor support I wrote up to change the "*sniff*" back to "*Sniff*", so I would like to thank you again for all the contributions you have made! Evacino (talk) 07:00, July 28, 2013 (UTC)

You're welcome! (I cannot thank you and others enough for continuing to contribute, as well) Very true--unfortunately, my main problem now is getting to my 3DS; I wasn't able to properly complete my support log in time for another game's release last month, and now I share the system with my sister. XD;

The majority of the regular supports are complete, and it's the child-parent ones that are missing in the dozens. There are also a number of female supports missing (as well as Laurent and Brady's) for the Hot-Spring Scramble script, if you happen to own that one; there are still missing dialogues across all of the Future Past Xenologues. Other than that, it's just format/typo corrections. —Eku53ru (Talk | contribs) 08:56, July 26, 2013 (UTC)

Happy to help, Eku53ru! Well, now that I have completed the main game and leveled the majority of my units, I am starting a new file dedicated to support conversations. This should mean that hopefully I will be able to add some of those supports onto the site soon! Also, I do have both the Scramble Pack and Future-Past Pack, so I might look into those too and see if I can add anything. Evacino (talk) 07:13, July 28, 2013 (UTC)

Hi Evacino! I saw your edits and was wondering what you meant by "Is it worth reordering some names to match the order of the Support Log, or does that not matter?" I think the order on the support pages is derived from this template instead of the Support Log so that it would be more consistent with the rest of the site. Please let me know if you meant something else--sorry for the trouble. —Eku53ru [ talk ] 05:11, January 11, 2014 (UTC)

Hi, Eku53ru! Was that for the Maribelle/Supports page? Must of been my mistake because for some reason I thought that that page had the supports listed in a different order compared to the other Support pages on the Wiki. I was probably tired! But that whole Template thing makes sense; in the Support Log characters always appear in a certain order (unless the character can't support with them), so for example it normally would always go 'Virion, Vaike, Stahl'. On all the wiki pages it is 'Virion, Stahl, Vaike'. This doesn't make any difference, as all pages follow this pattern. As I said before, I most likely just got confused that day and messed up for some reason! :) Evacino (talk) 10:58, January 11, 2014 (UTC)

Hi Evacino, thanks for your great contributions with images. I'm just here to remind you that tho this is not compulsory but you should categorize your images as you upload, it helps our wiki tidy and helps users to find them easier.
A small tip: You might want to use Special:MultipleUpload tool to upload multiple files at once and to categorizing files, just type [[Category:#%@&!#%]] in the description before pressing upload, it helps you save a lot of time. ^^ -- Khangtalk 03:45, May 28, 2015 (UTC)

Hi again KhangND! Yeah, it has actually been on my to-do list for a while to go through my uploads and categorize each one. I was kind of holding it off until I knew I had the time to do all of them in one go, haha. I think I can do that easily tomorrow though so I'll make sure they're all categorized by then.

I actually didn't know about that MultipleUpload thing (or about the revolutionary pre-categorizing in the description) and you're right in that makes things so much quicker! How did I not ever know about this until now?! XD Bah, I have always been a bit rubbish with Special pages and Templates. I think I have uploaded that entire set of images already but it will most probably be something that I use in the future. Evacino (talk) 04:46, May 28, 2015 (UTC)

Do you mean that TCG character artwork? It's from here. Five Card is a competitive trading card shop in Sakado, Japan. The message is to say they are having an 'experience event' on June 27, where the staff members there will teach you how to play the game. I think they mention it on their official site as well but the tweet they posted has all the images together. Evacino (talk) 23:20, May 28, 2015 (UTC)

Good morning ! I've seen the confession image additions you've done for the future children in Fire Emblem Awakening, and I was curious about how you've managed to compile all the hair colors for each character ?

Well, filling in that Support Log is serious business! As I was unlocking new hair combinations I was taking a screenshot of their confession, moving on to the next support, ect. Some of the Avatar father images I got from Serenes Forest (with the uploader saying they were free too use) for some of the colors like pink and green, but I managed to take the majority of them. Then I edited them all together in peasant Paint software for the compilation. Evacino (talk) 14:33, May 30, 2015 (UTC)

Hello, I'm hoping I could get admin permissions or some such for the Indivisible wiki. Sorry to bug you on an unrelated wiki, this just seemed to be where you're the most active right now. Banksia (talk) 03:50, October 20, 2019 (UTC)

No problem, in fact it's a good thing you did contact me because that wiki absolutely needs an active admin; the game just released recently and no doubt will have an influx of traffic and new information to add. It's actually pretty lousy of me to have left the wiki unattended for so long. I think I anticipated a Wikia Staff member to step in and sort it out in my absence, but that clearly never happened and I apologize for that.

I have granted you bureaucrat and administrator rights, and honestly I believe that you absolutely deserve to be an admin there. You have contributed to the Wiki since the beginning, have made consistent/quality edits and have been a key decision maker for the community there. I should have made you one ages ago!

Since this is a good opportunity to talk about it, I will explain why I just abruptly vanished to the shadow realm in 2015, never to be seen again on the Indivisible and Skullgirls wikis. Basically I was in a rough place mentally at the time, and I knew I had to take a break from the wiki so I could focus on getting myself in a better headspace. However, I was passionate about being an admin there, and I struggled with the idea of being able to put that aside for the time being. For some strange reason, I decided that posting a notice about my leave would dissuade me from coming back and editing again in the future. Yep, I actually thought that if I didn't post anything and just straight up left instead, then it would encourage me to go back in an "I've got unfinished business that I still need to attend to!" sort of way. Not my smartest move, but alas the inner machinations of my mind were an enigma; and the type of mistake I like to think I've improved on since.

I would like to return to editing those wikis again some time in the future, since I still have an ever-growing list of ideas and articles that I want to add! I'm not sure when exactly, but it would be pretty cool if it didn't take me another 4 years! But yeah, I've been more active on other wikis (like here) in the meantime.
Good luck - I have no doubt you will be a great admin there! Evacino (talk) 20:24, October 20, 2019 (UTC)

Retrieved from "https://fireemblem.fandom.com/wiki/User_talk:Evacino?oldid=514757"
Community content is available under CC-BY-SA unless otherwise noted.