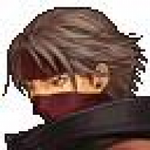 I just want to let you know that someone with an account on here has been using his account to post false information on some pages; right now all I have seen is him changing stats. I've undone the revisions, but I'm certain he might come up again and edit pages by posting false information. 71.187.189.217 12:48, January 5, 2012 (UTC)

Fabsu93, I just wanted to say that I'm supremely impressed with how you've been tirelessly going through pages and fixing the code. In addition, you've been very thorough and quick to pick up on little changes here and there to the elimination of unnecessary code in particular. I wanted to extend thanks and my appreciation to your efforts.--Aivass Remurias (talk) 06:22, November 25, 2012 (UTC)

They sure are! I actually haven't said anything about this yet, but I did a page load time test in Monobook and Oasis on the Marth and Camus pages before and after all the column reminders and /end templates, etc. were removed. The load time was moderately quicker. It also eventually helps this Wikia's daily cache clear time to a certain extent. I think at one point it wasn't happening until 3 or 4am. We are somewhere around 2am now.--Aivass Remurias (talk) 04:47, December 4, 2012 (UTC)

You have been excellent in getting the code minimalized on Character and Weapon pages, so I wanted to bring this [1] thread to your attention. Basically, it involves that the last /end template as it is used on weapons from FE7-FE11. If you go to Template:WeaponStatFE7-11/end, and click on "What links here" on the far left (toolbox menu), you can see that only 28 more pages have column reminders and /end templates (for weapons, at least). Let me know if that made sense...--Aivass Remurias (talk) 19:16, December 8, 2012 (UTC)

I'm super appreciative of your efforts! Here's another one, if and when you wish to look at it.

It only has 10 pages that link to it currently, which are found the same way as above. There are much fewer column reminders on this template, as well.--Aivass Remurias (talk) 22:29, December 9, 2012 (UTC)

I see you have discovered one of the great maladies of coding reduction: Oasis auto coding. When an anon or new user makes a good faith edit to the entire page (not section) the problem just perpetuates. The answer is simple: Unless the br code is being used in a page feature box or in a stat template (not an exhaustive list of cases), just use a horizontal space (1 byte as opposed to 4~6), as in hit the "Enter" key. An exaple to a recent edit I made to Aversa, and the edit summary I used. It does the same thing as the br family of markups. Best used in support conversations and the like. I also see that you continue to add WeaponStat templates to Weapon pages. This is great, thank you! =) We also have ItemStat, less circulated, though. A shining example of what should be can be seen on the Chest Key page, although I admit that the locations for each game section have not been filled in yet, so maybe "shining" is a bit too optimistic. Regardless, all the best.--Aivass Remurias (talk) 09:44, April 13, 2013 (UTC)

I wanted to say thanks for catching this and a clarification. See, I think it was left unchanged until now was because while we knew "Loptous" is now "Loptyr", the use of the name as an adjective, shortened as "Lopto", as in Lopto Mage, Lopto Sword, etc. wasn't immediately obvious. Probably safe to make that stretch, though, I think. So I think all that's left is to fix that FE5 chapter page, "The Altar of Lopto" I think it was, and the two or so pages that link to it from the chapter-by-chapter nav template. Other than that, I can't think of other things the name change affects.--Aivass Remurias (talk) 07:50, November 8, 2013 (UTC)

Sorry to be contrary to Aivass's praise, but stop moving Lopto to Loptyr. We don't know for sure if that is the adjective form. There is the possibility that it could be Loptyrian. Until we sort this out, don't move anything else.--Otherarrow (talk) 23:18, November 8, 2013 (UTC)
Ah, my bad. I see your point, Otherarrow, and I'm inclined to agree. I mistakenly thought you had green-lighted it for some reason. I had forgotten about that discuusion from before! Sorry. That sounds fine to me. Apologies, Fabsu. Carry on.--Aivass Remurias (talk) 00:06, November 9, 2013 (UTC)

Sorry, I didn't know about the discussion on loptyr vs. loptyrian. I assumed that since Lopto was moved to Loptyr so every page with lopto should be changed to Loptyr. So for now on I will not move other Lopto pages.Fabsu93 (talk) 09:17, November 10, 2013 (UTC)

Not quite, Loptous, as in the god, was moved to Loptyr. There seems to be some ambiguity as to whether Loptyr or Loptyrian is the equivalent of "Lopto" (if I recall, in the original Japanese, both Julius and Salem's lines refer to Lopto, but in English, Julius's was rephrased to refer to the god? Something like that). Sorry for the misunderstanding.--Otherarrow (talk) 21:25, November 10, 2013 (UTC)

With regard to your claim that the information I have given on the character page Oliver is false, this information was in no way false. Oliver is playable in the Trial Maps. This isn't a rumor but something I've discovered myself. I do not make use of programs like Gecko OS or use codes, I am talking about the actual game as it is. Linking the two games gives you the character Oliver for the Trial Maps in PoR as well as Rexbolt for Ilyana and the Ashera Staff for your inventory. Quite frankly I am not certain whether there are more or other conditions that have to be met as well or instead, but what I can say for sure is that Oliver is a playble character for the Trial Maps.

It is true that Oliver is playable character in PoR's trial maps but how to unlocked was wrong. To unlock Oliver you need to beat the game tree times. This info you can find here and in other website like sereneforest or gamefaqs.--Fabsu93 (talk) 18:34, September 8, 2014 (UTC)

Retrieved from "https://fireemblem.fandom.com/wiki/User_talk:Fabsu93?oldid=225707"
Community content is available under CC-BY-SA unless otherwise noted.