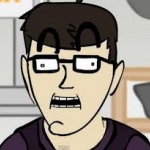 Actually that image is correct. That is Foleo, Leon's child. Despite the fact that Foleo look like a girl, he's a boy like Lucius and Libra. http://serenesforest.net/forums/index.php?showtopic=54923 This thread confirmed that he's male despite his appearance.—Nauibotics (talk) 04:21, June 24, 2015 (UTC)

Continuing the thread from Xander's page. Even if we don't count the sound files, the anniversary buttons are still there. You seem to ignore the whole anniversary button thing... And like I said, Kozaki has contradicted things in canon, so we cannot always take his words. Also, your number 3 makes no sense. This isn't about pleasing audiences, this about getting your facts straight because this is the wikia. And exactly, most people are going to use Xander, so why are you so focus on the Marx thing? What if some people want to refer to him by his Japanese name? Wouldn't it be best to go what is actuall official then what most fans think? Because I'm pretty sure fans aren't IS, therefore they are not the developers. Isn't that spreading false information? Marks is Marks, and if you don't like that name, you can always go with Xander.

I don't actually know what an anniversary button is. I also don't exactly know why I'm so keen on keeping Xander's Japanese name Marx, but I'm pretty sure it has a lot to do with the fact that "Marx" is an actual name, whereas "Marks" is a plural noun. Yes, it's best to go with what's official then what fans think, but you haven't given me any proof that it's actually Marks. Marx is Marx, and if you don't like that name, you can always go with Xander, and stop making a fuss out of all this. Come to think of it, the main reason I'm fretting over this is because you initially began fretting over this. JolteonUltra (talk) 02:38, August 30, 2015 (UTC)

Hmm, well IS was never a company that only used real names. Yes, Marx makes more sense but in reality Marks is the canon. Also, the anniversary badges/buttons are merchandise by IS. I couldn't find an individual Marks one but here's one with Berka on it. You can see the Marks one here (which came from the offiical FE JP site), although it's hard to see, but I'm sure you can clearly see there's no "x" and instead you can see the "ks" a bit. And I just want the wikia not to put on false information. Please understand this.

My apologies for making another message but I've made an error. The 25th anniversary badges are not on the FEif site, but on the official 25th anniversary Fire Emblem site which I can link you to here . They don't have badges of all FEif characters, only the royal families with their subordinates.

Ah, sorry again but here's my last message before you can reply again! But here is a closer look of the Marks proof.

Retrieved from "https://fireemblem.fandom.com/wiki/User_talk:JolteonUltra?oldid=258171"
Community content is available under CC-BY-SA unless otherwise noted.