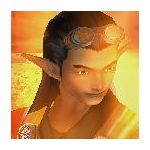 While he can become a Hero, he needs a Second Seal to leave his Villager class to become a Hero. If he started as a Mercenary or if a Villager could promote to a Hero then Donnel would fit as a promotion. If we included Donnel then we'd have to put Cordelia, the Avatar, and Morgan.Nauibotics (talk) 04:15, March 12, 2013 (UTC)

Okay, I'll try to explain myself better. Gregor starts off as a Mercenary which means if he uses a Master Seal, he can become a Hero. That's a promotion and that's why he's included.
Donnel starts off as a Villager. In order for him to become a Hero he will either need to use a Second Seal and reclass into a Mercenary THEN promote to with a Master Seal or a wait till level 30 and use a Second Seal to reclass into a Hero. It's a reclassing, not a promotion. If Donnel could use a Master Seal to change from a Villager to a Hero, then we can include him. However since he needs a Second Seal to do so, it doesn't count.

I understand that part, which is why I said a special case, also why I said Gregor/Fem Avatar, because that makes Merc Morgan, which would be an actual direct promote. It would be better justified if Villager wasn't a trainee class, which would traditionally promote to whatever classes, eventually, in the Fire Emblem universe.KainDarkfire (talk) 04:52, March 12, 2013 (UTC)

Okay, basically it's a touch-n-go. Donnel shouldn't be paired with the promotion people since he has to reclass. If anything Donnel should be categorized as a reclass requiring unit. Morgan's a special case since their technical default class is a Tactician however they have the quirk of adopting the Avatar's spouse's starting class if they can. Dunno how to exactly handle this, but for now, leave it as is.

If we include Donnel as a potential Hero, then we would have to include anything that could reclass into the Fighter or Mercenary branch - in simplified terms, we would include over half of the entire cast of characters. --Thenewguy34(Other) 11:04, March 12, 2013 (UTC)

Minus the part where he's a special case, traditional training class, only Villager in this particular game, please don't repeat the same logic in the same conversation, etc.KainDarkfire (talk) 15:16, March 12, 2013 (UTC)

Retrieved from "https://fireemblem.fandom.com/wiki/User_talk:KainDarkfire?oldid=172907"
Community content is available under CC-BY-SA unless otherwise noted.