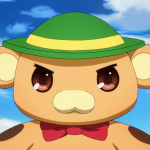 Welcome back, Khang. Sorry to bother you this soon, but can you lend a hand with the template for the card lists? There's been a bit of trouble with the R+X cards not showing up, especially when there's already a plus version of that card. Not only that, there's also the issue of starter deck cards having different arts as well, which I had to use the same trick as for those risen cards, leading to a not-so-perfect solution. Considering we'll have two starter decks this year that will follow that pattern, can you help sort this problem out? Thanks.--177.204.197.113 02:01, February 21, 2019 (UTC)

Hey dude, I know we're in the middle of all of these changes. But I want to let you know that your Bot made a pretty noticeable error on Lucina's page had changed to Kris instead of Robin for most of the fill ins. Just wanted to let you know. I fixed her page, but there may be other issues on other pages due to the autofill of the Bot.-Nauibotics (talk) 02:43, February 24, 2019 (UTC)

Oh thanks, I didn't notice, sorry about that, I'll make sure to check them again. Luckily, I have only used the bot for Kris-related pages. Seems like going over the pages and edit them manually is the only way to fix. -- Khang (talk) 02:51, February 24, 2019 (UTC)

Hey! I’m Lemonz1974, and you probably know me as one of the moderators on discussions, and the guy that fixes broken links. I’m here to ask for the temporary ban of a user; Dialga Time Lord. Me and Tingly both know him very personally, and know how much of a pain he is. He’s been banned from Fandom once, and Smashpedia 2 or 3 times. He’s being troublesome and being extremely off-topic, even though he knows the rules, and I’ve reminded him about them many times (those times were off-wiki). I’d request about a week for him because I can’t physically do it with me only being a moderator. Thanks you and I appreciate it Lemonz1974 (talk) 00:45, March 6, 2019 (UTC)

Can you edit the template to include the number of forgeable slots and the seventh slot like in here? Are You Serious (talk) 18:14, March 10, 2019 (UTC)

All Personal Weapons have 6 Slots, generic weapons can have 0-6, and special weapons will have one (like the Conduit weapons have one slot that contains Topsy-Turvy, but you can remove it in the Smithy and replace it with another attribute). And then the seventh slot will be for inherent skills that can't be removed, but don't take up one of the 6 reforgeable slots (like all bows have Wingslayer). (And then personal weapons also an 8th slot for the True Power/Divine Favor attributes which is where the power increase comes from) Are You Serious (talk) 13:36, March 11, 2019 (UTC)

I don't think that's a good idea. Heroes doesn't have a class system, doing as your suggestion would just look like we're forcing a mechanism that exists in a TCG into a game that doesn't have it. -- Khang (talk) 00:01, March 31, 2019 (UTC)

Hi, just to check with you: Are all the passive skills entered into the database you're using for the CharSkills template? I tried entering Sigurd's B passive Crusader's Ward, and the template is displaying as "Error. See Template:CharSkills for more info." ----MoroseLark User - Talk 14:13, April 1, 2019 (UTC)

Hi, I'm just curious about one thing: Despite the original artwork from certain games being on the same level as in-game portrait, they are still used over others. Why? I know the rule about artwork from main series taking priority, but if a character's not shown fully, then why stick with it? Thx.--177.16.105.237 15:40, April 6, 2019 (UTC)

I understand your concern, even I myself used to hesitate to add such artworks in the infobox, though we have to consider what we really seek, not just a full body artwork, but an original depiction that later illustrators can inspire from and rework to a full body artwork. Only the early game projects have this trait probably due to their limitation in staff or so, even though these arts are only on the same level as portraits, they're far more valuable I believe. --Khang (talk) 16:38, April 6, 2019 (UTC)

Happy to help! At the moment I'm just trying to address the redlinks; eventually I'll try to flesh it out with basic rundowns and functions the way I have been for the Beast unit weapons. Sir Flare, Knight of The Flaming Sword 11:04, April 12, 2019 (UTC)

Does the Fire Emblem Wiki have the same Licensing Policy as Wikitroid? (example here )

(P.S. Thank you for the recent message. I read and understand the rules. I will be more careful in future typings. Sorry for the mistakes!)

I will go ahead and ask permission first...

Hey KhangND, I’m sure you’re familiar with me at this point. I’m cutting to the chase; Fandom has bought out Gamepedia, meaning that Fire Emblem Heroes wiki might not be functional in a little while. Now Zeldapedia and Zelda wiki are merging because of this, and a few other fandoms are doing the same thing, now I’m asking their staff right now about what their plans are, and I wanted to let you know about it. We can talk more on the discussion post I just made Lemonz1974 (talk) 02:32, May 21, 2019 (UTC)

Accidentally left an image floating in Nah's page when adding it, could you delete it please? Edit

Hi! I just joined a few minutes ago (mostly to upload an image for Nah's page) and I accidentally left a copy of the image floating around since I didn't know what I was doing, could you delete it for me please? AylatheGamer1 (talk) 14:13, July 20, 2019 (UTC)AylatheGamer1

I can see that Are You Serious has taken care of that. If you have any more troubles that require immediate action, I advise contacting him since I'm not as active. -- Khang (talk) 16:01, July 20, 2019 (UTC)

Hi, I've recently noticed that every fire emblem character's growth rate tables headings have been changed. Previously the growth rate tables followed the order HP, Str, Mag, Skl, Spd, Lck, Def, Res which is appropriate and accurate. However, whenever I check a character now there are 2 new stats and resistance is gone. Currently they appear in the following order Hp, Str, Mag, Skl, Dex, Agl, Lck, Def which is incorrect and their growth rates according to each stat are now misplaced. Do you think you can assist?

Hello, just pinging to state I've left a message on the forums and would appreciate a response. A problem has been identified and I'd like to discuss your interest in course-correcting. Thanks. 👑 Emptylord (talk) 16:21, July 26, 2019 (UTC)

Hey, I just checked on Serenesforest on Fire Emblem: Three Houses, and they've just featured the Max Stats that are occurring on the individual characters, just like in Shadows of Valentia. I wanted to add the characters' Max Stats, but I don't know if any of you guys made a new CharGrowth/CharMaxStat template for Three Houses. Can any of you guys make the new template, because I don't really know how. Thank you. RadiantDawnLord (talk) 01:09, July 27, 2019 (UTC)

Can you make a template for Learned Magic for characters from Three Houses? Characters learn spells based on their levels in Reason and Faith, so it should look something like this? Are You Serious (talk) 18:51, July 27, 2019 (UTC)

Hey, not sure if this is the right place to request this change, but out of the admins you seem to be the most involved in stuff like templates. I have a request to change the icons of Crests for the CharStat template.

The first image to the right is how the Crest icons are currently presented. The main reason why I wish to change this design is because the purple symbols are very hard to see behind the dark-blue background, and as such is difficult to tell what Crest a unit has at first glance. There's also a minor thing I am not a fan of, where the current Crest icons have either a † or a ‡ symbol to indicates if the holder has a Minor or Major Crest, which can be deceiving for new players who aren't aware.

Instead, I request that we change the icons to something like this, as shown in the second image. These are the same sprites used in-game, instead of using the artwork of each Crest, and it has the beige border around the icon so the difficulty in seeing the Crest is nullified. I also have access to both Minor and Major Crest sprites (even unused ones, like a Minor Crest of Flames symbol), so we do not need to use the two symbols to indicate the Crest.

The Crest images themselves aren't part of the template but manually added, so if you can upload the new images I can replace them in the templates when I have the time Are You Serious (talk) 12:15, February 27, 2020 (UTC)

Cool, I'll start uploading the files right away (plus adding categories, always forget to add categories to images!). Don't think I'll bother uploading unused Crest icons (e.g. Minor Crest of Flames). An example of how they'll be called is below, respective to the type of Crest:

Also, when I was making the demonstration, I uploaded the file as "File:Crest_of_Flames_Icon.png". Is it possible to rename the file to include the Major, for consistency? If not, then that's fine. TheHenrai (talk) 14:20, February 27, 2020 (UTC)

Retrieved from "https://fireemblem.fandom.com/wiki/User_talk:KhangND?oldid=530659"
Community content is available under CC-BY-SA unless otherwise noted.