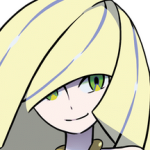 Hi there! Sorry if this seems like nitpicking, but the galleries do have an informal order to them that I've been trying to keep up with, and since you are uploading cards from the new TCG, I was hoping you'd help stick with it? I have an example character page here which also has a mock up of the recommended gallery order. Thanks again for all the help!--Otherarrow (talk) 18:40, June 27, 2015 (UTC)

Huh. Fancy running into you here. Didn't realize you came to this wiki Kim! Nice of you to be uploading these images though~ I'm assuming you got them from ze blog, yes? Xenomic (talk) 06:49, June 28, 2015 (UTC)

Ah, I see. I guess they just never showed it on their Twitter account yet (I know I've seen the bikini Cordelia one there and on Serenes, though didn't realize that was part of that event too). Mannn...wish I could get all of her cards, as well as Nowi's! Baaaaaaw! >_< Xenomic (talk) 07:00, June 28, 2015 (UTC)

EDIT: Oh, I think you're think I said another blog. There's another one that has them even clearer that I posted on Otherarrow's page. You can find those there without the SAMPLE on them (for most of them anyways). That's the one I meant ehehehe. ^^; Xenomic (talk) 07:03, June 28, 2015 (UTC)

Nice, the Nowi and Cordelia look great although I'm looking very forward to the Fates cards. But maaaaaan, Japan gets everything. And actually, that's the exact blog I was perusing lol. Kimlasca warrior (talk) 07:06, June 28, 2015 (UTC)

Really? Huh. Wonder why it says sample on some of them like Tiki's? Strange. @_@;;

Yeah, ikr? Nevermind the old TCG cards, these ones are the ones I wanna get now ha. But all that money and unlikely hood of ever getting them...T-T As for Fates, dunno how interested I'm in that yet. I still got a few more games to play in the series myself (only played FE3 (both books), FE8, FE11, and FE12. And read up on FE13 for the most part). No Tiki or Nowi makes me a sad panda (no, they're not my favorites of the series, what're you talking about!? That's crazy talk!). Xenomic (talk) 07:09, June 28, 2015 (UTC)

Idk maybe I missed it when I was uploading. It's fixed now though!

Ehh, one can dream right? Maybe someday! Ohh I loved FE8, you might enjoy it as well! Unsure about FE11 and FE12, I have mixed feelings about them. I think if you liked Awakening, you'd definitely like Fates. Nohr Kingdom path was pretty straight-forward like previous FE games compared to Hoshido Kingdom which literally echoes Awakening's gameplay. Who knows, maybe they'll show up as DLC in Fates. You must be excited for Genei Ibun Roku♯FE then, Tiki's in it too! O:

I've done a Let's Play on both FE3 and FE8 (thinking about FE11 and FE12 too since I've done those, but that's basically retrending old grounds from FE3. But I may still do it anyways. That'll be a long time away though since I'm currently LPing the KH series and then back to the FF series after that). As for Awakening, I didn't get to play it at all (I barely watched videos of gameplay because it's hard for me to get into watching FE videos like that ha), but I've seen enough to know how it works and all that.

Heya! Great work on adding stuff about Heroes! Do you mind not putting the artist in the header of the character pages. They belong more in the gallery section. Top should only be short introductions and voice actors. We've never noted who drew each character in each game, TCG, or awakening dlc.—Nauibotics (talk) 20:34, February 2, 2017 (UTC)

Thanks for assuming I know which booster pack each artwork comes from. Kimlasca warrior (talk) 02:32, February 14, 2017 (UTC)

No problem, I appreciate the apology. Thanks for adding the categories, will check them out when I can. I'll be sure to use those for future images. Kimlasca warrior (talk) 01:51, February 15, 2017 (UTC)

Thanks for your consistent help with the quote pages and I can see that you have started helping out with the Cipher card section. =] -- Khang (talk) 15:24, February 12, 2017 (UTC)

Sure, I'll get to most of it by today hopefully. I think some of these images are already in the galleries but I'll go check. Thanks for letting me know! Kimlasca warrior (talk) 00:30, February 17, 2017 (UTC),

All right, then. Here are the links: Set 6: http://imgur.com/a/qfrdo

Some of those are already on the wiki, and not all art will be there, only what was released.

Just dropping by to share you a tip that would help you save a lot of time uploading images. You can use Special:MultipleUpload to upload many at once, also, you can type the categories in the summary box before hitting upload so that you won't have add them afterwards. Hope it helps =] --Khang (talk) 00:31, February 19, 2017 (UTC)

Hi, thank for the uploads so far. Just wanted to let you know of the album for booster 9 is already compiled with all releases so far: http://imgur.com/a/s2C3s Some of them are already here, but you might want to replace them due to their resolution. Also, there's galleries for the cards of booster 6 and 7, in case you want to replace the sample images:

I think that's an issue you should bring up and discuss with the administrators for this wiki? Kimlasca warrior (talk) 08:37, February 26, 2017 (UTC)

As long as you added that information in the appropriate place, it should be fine. Kimlasca warrior (talk) 04:22, February 28, 2017 (UTC)

I was wondering if we are replacing all of the character's image to their new ones from Fire Emblem Heroes? Or is it just certain ones? --Nirito Haan (talk) 04:38, February 28, 2017 (UTC)

As to my understanding, TCG and 4koma images should be replaced if images from Heroes are available. Examples for replacing such can be seen from the pages and galleries of Julia, Jeorge, Effie or Peri. I'm unsure about changes to character pages that use images from the recent release of said character's game. I was following User:OtherArrow's lead but probably we should wait a moment for an official answer regarding that before we do any more edits. I'm really hesitant to follow through on replacing the current page image for Cordelia to her Heroes artwork. Kimlasca warrior (talk) 04:43, February 28, 2017 (UTC)

I thought so too until I saw that most Archanea Series character's artwork has been changed from their offical artwork from the main series games. To be honest I wouldn't mind if we changed their artwork to their Heroes version. However, if a new game comes out like Echoes, the offical character art should take the spot of the Heroes art. Basically the newer games have art priority. Though if a new Heroes artwork of them comes up, we replace it with that.

On a side note, if we were to update Tiki's infobox art should we do a tab and have both her Young and Adult forms? Like how there's a tab for the Avatar's male and female forms. --Nirito Haan (talk) 05:07, February 28, 2017 (UTC)

That's in line with the policy that's set up so I guess I wouldn't attest to doing that. I'm fine with doing that but I think it'd be best to consult further with an Administrator about this matter before proceeding on it. Regarding Tiki's box art, probably a tab akin to the Awakening Avatar's page would indeed suffice. Kimlasca warrior (talk) 05:10, February 28, 2017 (UTC)

Hi, next time, pls use Template:Move if you can't move the page by yourself, don't copy just copy text, it will mess up the history and the article's talk page if any. I had to revert your edits to redo the moving procedure. Please help me fix her names on the page. Thanks. -- Khang (talk) 14:56, March 1, 2017 (UTC)

Hi, in case you're curious about why your edit got reverted, character artworks are not supposed to be in a class gallery, not to mention FEH does not have a class system. -- Khang (talk) 14:15, July 16, 2017 (UTC)

Retrieved from "https://fireemblem.fandom.com/wiki/User_talk:Kimlasca_warrior?oldid=416948"
Community content is available under CC-BY-SA unless otherwise noted.