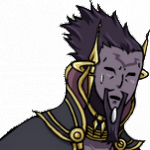 I responded to what you brought up regarding this on my talk page. As seen at the top of that page, it's an extremely good practice to respond to threads on the talk page they were introduced on (wheter it'd be mine or yours). Giving threads headings allows them to be linked to for reference purposes (although the leave message tab automatically does this, sort of). More importantly, go to your user settings and select the Monobook skin. I think you are using the Oasis skin. Monobook is simpler, much better for regular users of the wikia, less advertising and graphical ads, faster, doesn't insert junk coding into pages, the list goes on and on. It will make using this site a lot easier, trust me. =) Thanks for your observations regarding the whole Risen thing. I was wondering about how that would work out, but it got side-lined after all the legacy naming thing.--Aivass Remurias (talk) 02:51, March 17, 2013 (UTC)

Thanks for picking up my slack there. I honestly forgot how many places the page was linked. Sorry for all the trouble.--Otherarrow (talk) 23:22, April 9, 2013 (UTC)

Just Clearing something up about the namesEdit

Hey there I see you undid my edit to the dragon zombie page. Well I wanted to let you know that its not just in fan translations if you look back at many of the japanese only old FE games you will see that they actually go by those names mainly FE1~3 here I`m playing Gaiden right now japanese one and they are D Zombies take a look below this at the photo I took thank you for you understanding.Naglfar94 (talk) 19:13, July 1, 2013 (UTC)Naglfar94

No problem everyone makes mistakes but yeah its like that so are the other classes armor knight A Knight etc. but I`ll get to them some time after I`ve got many other pages to do on the older FE games Lol I`ve played all the old ones and many of the pages need a lot of work from them I`ve got much to tackle mostly alone well if you have any more questions about FE2~6 let me know and I`ll try and help you out.--Naglfar94 (talk) 22:44, July 1, 2013 (UTC)Naglfar94

Sorry About That Edit

Hey I just wanted to say sorry if I may have caused you any trouble with the whole Vrai thing Aveyn Knight explained so Vrai was ok. So yeah I admit my mistake I need to better my Katakana skills at some point but yeah sorry if there was any problem at all.Naglfar94 (talk) 16:22, July 19, 2013 (UTC)Naglfar94

Hey L95 what did I do wrong this time? you undid my edit to Jugdral as far as it is as of now that is pretty much the official name and the katakana I put for it is correct I`ve played enough FE4 to know that atleast. I think there is no need to have the unofficial thing on it since FE4 will probably never get a worldwide release seeing where as to where Nintendo is going with the series now I think FE4 will never come. But yeah we are gonna have to work something out I would like to avoid any edit conflicts maybe I can add the katakana and leave it as is or maybe add in it does not have an official US name that would make more sense.Naglfar94 (talk) 21:29, August 4, 2013 (UTC)Naglfar94

Never mind I just noticed there is already a whole page dedicated to Jugdral but still I feel the whole unofficial part is not needed intil we get a worldwide release I find it unnecessary to have that little part added in I don`t know but if you feel it should stay then I`ll step away and leave the Jugdral series page.Naglfar94 (talk) 22:00, August 4, 2013 (UTC)Naglfar94

Because you completley misunderstood waht I was deeming unoficial, my edit wasn't talking about 'Jugdral'. It was about phrase 'The Jugdral series'. (Either way. Jugdral is oficial anyway as the name is mentioned in Awakening). No official source has ever used the phrase 'The Jugdral Series' (to my knwoledge). I was not debating the name 'Jugdral'. (Also, as to why I'm not logged in, I'm on a really slow connection at the mement, if a mod wants me to verify that is is actually me I'll be able to do so this friday)64.12.116.8 19:11, August 6, 2013 (UTC)

Oh...ok I understand now L95 yeah ok your right then I`ve never seen them referred to as Jugdral series either I`m sorry L95 I thought you had meant Jugdral itself when you did that really sorry I changed the page back to how it was for you I`m sorry... My mistake once again well I`ll see you around again I guess and thanks for clearing that up with me.Naglfar94 (talk) 05:40, August 7, 2013 (UTC)Naglfar94

I don't understand: all of the Cain and Abel archetypes are pretty much incorrect. Noish has a high Strength and Defense and should be the CAIN archetype instead of Abel. Vice versa for Alec. Whoever wrote the archetypes for the red and green knight seriously ned to double-check their edits.

I was more trying to figure out why you were changing the text but not the link, I don't know or care about archetypes themselves. All you did was change, say, "Of the Cain archetype" to "Of the Abel archetype" while it still linked to Cain. Only reason I undid your edits because you were linking to the wrong page.L95 (talk) 04:18, November 25, 2013 (UTC)

How'd you manage to resize that without hurting the quality?? That'd be useful for doing that on other images so that they play too. o.o Xenomic (talk) 03:37, February 5, 2014 (UTC)

I randomly decided to go ahead and use that site to size down the gifs so they're all taken care of lol. Well, except for those from FE1/3/4/5. I'm not sure WHAT to do with those at all...

Anyways, was wondering if there's anyway to use that site to increase the speed of some of the gifs we have here (such as Fae's critical animation that has the transparent background?). Or do you think having the animation play in-game in the screenshot be better to use? Xenomic (talk) 03:38, February 7, 2014 (UTC)

It's not that the're obscured, the cloaks themselves look similer (It's only green because it's an ally unit, otherwise some units would not be wearing  red) – The preceding unsigned comment was added by 66.56.203.5 (talk).

No they don't? The FE13 Tactician has marks of Grima on it and is darkly colored, not to mention that is the class outfit and the same thing Morgan wears.. The FE7 tactician has a very plain brown cloak(as seen on the image in the FE7 tactician page). (Where did I say the Tactician wore a green cloak?) L95 (talk) 17:44, March 3, 2014 (UTC)

Hi L9, thanks for being bothered to replace that Marth/Shiida Nendoroid image when I couldn't, haha. I didn't upload the original, blurry one; I was looking back through the 'New image files' and trying to find homes for images without a page. Others I tagged for deletion (which I have done for that old image btw). Next time I do that (even though it's unlikely as the images actually seem pretty well managed here), I will find a replacement image first instead of putting the rubbish one in the gallery as a placeholder for a planned-to-be-uploaded-image. I made it work for that Arvin image but this one... not so much.

Either way, I know you might be the wrong person to ask, but while on the subject do you know how well managed the articles planned for deletion are? I know only an Admin can delete them permanently, it's just that this wikia seems a lot less 'cluttered' and more controlled then a lot of other ones. Evacino (talk) 02:18, February 24, 2015 (UTC)

Ah, my bad. I always forget to do that! I signed it now 2 hours too late, but that's better then nothing I suppose. I noticed that you deleted the images I tagged among what ever else was labeled with {delete}, so thanks for that!
I guess I'm not used to seeing so few images without pages, as a lot of the wikia's I've gone on have about 10 or so dud images uploaded everyday! I suppose it's because Fire Emblem is a series that doesn't have updates/new games all that often. I'm sure when FE: if (or whatever it's going to be called) comes out there will be mad updates all over the place! Evacino (talk) 02:18, February 24, 2015 (UTC)

Retrieved from "https://fireemblem.fandom.com/wiki/User_talk:L95?oldid=232573"
Community content is available under CC-BY-SA unless otherwise noted.