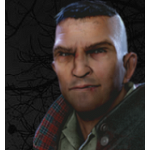 As already mentioned, Fire Emblem fates is still to be released in Australia and all I'm doing on these wikis is trying to correct info from other pages and the occasional grammar error. But the question is: am I doing a good job? Also I'm not sure which route to take when it does get released and I'm already fixated on choosing Revelation first purely because of what I would do in Corrin's situation, I wouldn't want to kill either of my siblings in that situation even if that was me... Any reasons why I shouldn't choose revelations first? (Also I don't care about spoiling the plot by choosing Revelations)

I was thinking of starting the page up to start a set up for the script but I know nothing about starting new pages. Any advice anyone?

If the script is going to be started am I allowed to add translated script conversations for Kana and her potential mothers? Because there are A. REALLY. REALLY. Large amount of potential conversations, about 8-9 in total...

Retrieved from "https://fireemblem.fandom.com/wiki/User_talk:McAlastair?oldid=297422"
Community content is available under CC-BY-SA unless otherwise noted.