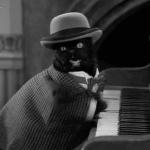 Demon Surge is a good page, but for a few tips [[This makes internal links]], * this makes bullet point, you may want to check Help:Editing.--Semajdraehs- any replies to my Talk page 15:02, 12 September 2008 (UTC)

I'm afraid he does not have a unique map sprite in Awakening. He, like all other Einherjar characters, utilise generic class map sprites. ----MoroseLark User - Talk 05:08, March 17, 2016 (UTC)

Hey, good call on adjusting the classstat template to have Con, Move, and Weight (even if Con and especially Weight aren't in every game), however the addition of those threw the existing uses of the template out of alignment. Since I noticed that you are sprucing up the class pages anyway, I thought I'd bring that to your attention as a heads up.--Otherarrow (talk) 18:33, March 21, 2016 (UTC)

"Why not implement this to all classes appearing in multiple instalments, instead of just a select few?" Edit

Basically, we haven't gotten around to it yet. My ideal is for every applicable class page to have a History section, as even the most seemingly mundane or straightforward classes have had some noteworthy quirk to them in at least one title (as you likely noticed writing up Mercenary). If you wish to contribute, go ahead! No one has "dibs" on writing these sections.--Otherarrow (talk) 03:13, April 14, 2016 (UTC)

Issue with the infoboxes Edit

I'm basically used to seeing the <br />, as it causes the fewest amounts of problems from what I experienced... at least on Nukapedia. I also doubt it's got something to do with my XHTML platform. --Breakin'Benny (talk) 11:51, April 18, 2016 (UTC)

Hi, I have something to discuss about that. From what I read (here to be specific), the <ruby> tag includes only 2 types of child tags: <rp> and <rt>, and since this tag has been supported in early versions of many browsers, I suggest we keep the code as simple as possible by removing the <rb> (not existed) and <rp> tag. Like so:

Hello, I'm curious as to why you removed a big portion of text from the Profile section of Xander's page. I think it contains some very crucial information about his character, and shouldn't have been taken out.

Simply because the text in question launches into a tirade on aspects of his personality, and don't reveal any revelations on his personal history. I intend on reinstating the text under the appropriate section after I'm done working on the profile. ----MoroseLark User - Talk 08:20, July 18, 2016 (UTC)

I agree, though it did have some facts about his personal history, such as how he wasn't born strong, how he had two retainers but lost them during a battle, etc. But since you said so, I'll not interfere until you have done editing.
Ragin'Katana (talk) 08:43, July 18, 2016 (UTC)

Thanks for your additions to the Archanea pages Edit

I just wanted to appreciate your work on charactery histories, and personalitis for the cast of Archanea. I'll try to add some more to in the future. Emperor Hardin (talk) 04:53, October 11, 2016 (UTC)

Thank you for uploading animated gifs from Fire Emblem Echoes, but if you upload more can you just replace the existing ones instead of uploading new ones? Are You Serious (talk) 18:10, February 24, 2018 (UTC)

Yo I noticed you uploaded a lot of Echoes Map Sprites I would really appreciate it if you could help me out and get a number of other sprites for the Magic Learnt Tables and other potential tables for echoes. I would really appreciate it if we could get all the Character's Magic User Map Sprites (Mage, Sage, Cleric, Saint, etc.). It makes the tables look fine. LoPoEditsThings (talk) 22:54, March 10, 2018 (UTC)

Thank you for working on the character sprites for Heroes. As a request can I ask that use also work on the sprites on the dragon forms of the dragon characters? Are You Serious (talk) 05:48, April 25, 2018 (UTC)

Hi, sorry for the reply that almost took forever. It's good to see that you're still active and consistent with your hard work. I've just finished the template for Echoes class sets as you requested, feel free to check it out here and on the Gray page, and tell me if there's any problem :) -- Khang (talk) 12:53, February 19, 2019 (UTC)

Hi, since you're prob the main editor in charge of adding Heroes stats and skills, I want to bring this to your attention that I have developed a module for Heroes char skills, discussions can be found here. If you have anything to add, do leave a message there or on my talk page. -- Khang (talk) 03:31, March 31, 2019 (UTC)

Retrieved from "https://fireemblem.fandom.com/wiki/User_talk:MoroseLark?oldid=503582"
Community content is available under CC-BY-SA unless otherwise noted.