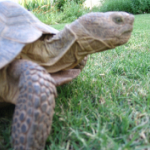 Hi, thank you for your great contributions so far. Just a little note regarding uploading images: if you are replacing an image but it is of a different type (jpg -> png) please make sure to edit all of the pages which the old image was used on, and remember to categorize the new image. -- Khang (talk) 08:24, April 16, 2016 (UTC)

Hi again, regarding your recent upload, I'd like to remind you that we do not encourage resizing images just to make them bigger than their actual size, although the quality is still merely the same, it looks pretty bad that way. Thanks for your understanding. -- Khang (talk) 15:28, April 28, 2016 (UTC)

Yeah, I'm sorry about that! The removal of artifacts was fine, but the resizing/vectoring made it look pretty bad. I'll be more careful next time! Robotortoise (talk) 17:37, April 28, 2016 (UTC)

Hey there, I noticed you put the render for the Omega Yato and I was wondering if you could do the renders for the other versions as well.

Hey, do you think you get higher quality images of some gba and ds titles? The ones from story illustrations in particular are ridiculously tiny, with one of them split in half for some reason.

Hi! If I may ask where did you get that HD Xander from?

And why do you hate Jpegs so much?

Ah, well a friend gave it to me! Same with the HD Camilla. Don't quite know where he got it, though...

I don't have any other HD images of the Fates characters, unfortunately. But if I do I'll upload them!

And the reason I despise JPEGs is because when saved at under 100% quality, they lose a lot of the image quality. The compression especially makes art look really mucky. Robotortoise (talk) 16:57, July 5, 2016 (UTC)

Hi and thanks again for your hard work with images. Anyways, I just noticed a small portion missing from Takumi's 4Koma artwork, can you please look into it? Thanks. -- Khang (talk) 15:56, August 6, 2016 (UTC)

I added the Fates logos to the main Fates game gallery (http://fireemblem.wikia.com/wiki/Fire_Emblem_Fates#Gallery).

I suppose because they're not actually part of the art itself, or in English. It's not like they're signatures or the like. If a moderator thinks that I shouldn't, I'll add them back. Robotortoise (talk) 06:17, September 25, 2016 (UTC)

Probably not. That's quite an awful lot of images. I don't have an infinitesimal amount of time, unfortunately. Robotortoise (talk) 22:58, September 25, 2016 (UTC)

I'm willing to clean up and replace images that are already there, but I'm not willing to upload new ones unless I'm interested in them. Sorry. Robotortoise (talk) 01:15, October 8, 2016 (UTC)

Hey, I want to ask why you keep removing the "File:" before the image name in the galleries. According to the example character page, it's supposed to be there. Kimlasca warrior (talk) 03:47, February 16, 2017 (UTC)

The gallery works either way. I think it used to be a requirement, but I mainly do it out of habit nowadays and I tend to adjust pages so it's majority one way or the other to keep consistency. In other words, don't worry about it.--Otherarrow (talk) 17:08, February 16, 2017 (UTC)

Personally, I was under the impression that the "File:" makes it more difficult to read and edit, but I suppose I should really stop bothering to edit it, yeah. As long as they're consistent throughout the page. Robotortoise (talk) 23:26, February 16, 2017 (UTC)

The correct order is as stated in Fire Emblem Wiki:Article Guidelines#Rules, pls stop moving the portraits to the top of the galleries. -- Khang (talk) 03:58, February 20, 2017 (UTC)
Well shit. I didn't know there were guidelines at all for that type of thing. I'm so sorry! Won't happen again.Robotortoise (talk) 04:57, February 20, 2017 (UTC)

Hello! There's an image on the Automaton page of an "In game model" of the automaton class that I haven't seen in game, and doesn't look like a real resource from the game. I raised the issue on the Automaton talk page, and was advised by Khang to ask you directly about it, as you are listed as the uploader. Would it be possible to replace the image or explain why it is present? Thanks, JJthebanana JJthebanana (talk) 16:18, April 25, 2017 (UTC)

So far, James Pierce have been the one to upload them, but if you want to help out, please be informed of a few things:

Hi. Can I use Lilith's portrait for I make a blog tittle?

Regarding the map of Zenith you uncovered, I would like to inquire on what you believe the borders of each nation would be: the Askr Kingdom, the Emblian Empire, and the unknown third party might be located on the map.

Unfortunately, there's not much I can do for this one. The raw scan is too compressed and filtered.... I could run it through waifu2x a bunch, but it'd destroy any details. Robotortoise (talk) 20:42, April 7, 2019 (UTC)

Hi, we got some official artworks from scans of the Fates artbook, can I request your editing skill to handle some of them where possible? -- Khang (talk) 00:18, May 1, 2019 (UTC)

Hey there! I'm a Community Manager here at Fandom and I wanted to say thanks for all the work you do. I'd love to buy you a game or send you some swag. If you're up for it email me at editor_rewards@fandom.com or hit me on Discord HeyTots#1127

Retrieved from "https://fireemblem.fandom.com/wiki/User_talk:Robotortoise?oldid=526741"
Community content is available under CC-BY-SA unless otherwise noted.