I rather do it that way because if ever the article is featured, it becomes a link to the full article. But if this isn't a valid reason, I'll do it with the bold wiki markup.
C13g3 -

I am just worried that we will attract people who do nothing but edit the forums, which as I noted is a problem at the FFWiki. But I trust we will work something out somehow. Sorry about my outburst.--Otherarrow 23:13, 10 April 2009 (UTC)

It effects the Wiki, on the FFWiki alone there is recent change spamming, several non-forum users becoming overworked, in some cases articles not getting needed edits because the people who claim to "know" the game would rather edit a forum than a page, and even some users belittling some more hardworking users because they make attempts to promote more mainspace editing! I am not worried about myself, I am worried about the Wiki.--Otherarrow 23:26, 10 April 2009 (UTC)

You'll probably want to disable layers on your emulator, until only the map is left. I know VisualBoyAdvance is capable of doing that. If you need the rest of the FE6 maps, I could get them- I've just been too lazy to add the rest. Aveyn Knight 13:02, 11 April 2009 (UTC)

You need to paste the different parts. Any decent image editing program should be fine, even Microsoft Paint. As for Berserk, that's the... I suppose you could call it "old-fashioned" name for the Critical skill, similar to "Duel" for the Charge skill. I think the people who originally coined the skill names didn't know much Japanese (not saying that in a bad way), as some of the skill names were a bit off. Aveyn Knight 19:54, 11 April 2009 (UTC)

I am terribly sorry for using that picture. I'm sure it will not happen again. I'm grateful you sent me a message so quickly, to avoid any future problems. Problem was, I had the idea of making a detailed character bio for a long time and I saved that picture a long time ago. Recently I found it and the idea came up. Although I forgot I copied it from another website, again thank you.

I can't actually give you legal advice, but I can tell you that it's very common for our Gaming wikis to use screenshots. In the cases where a copyright holder has complained, we take down the images at their request, but that's a very rare thing. -- Danny (talk) 18:31, 16 April 2009 (UTC)

Too lazy to fix it right now. Can I have some help with the level template I've been working on? Otherarrow told me to copy the "raw code" of the character one, but I'm honestly just lost.L33t Silvie Your epidermis is showing. 22:45, 21 April 2009 (UTC)

Getting a Useable Picture

Howdy. Anyway, I have just pressed Shift+Print Screen to get an image, but how do you actually get that kind of image to be savable and added to Fire Emblem Wikia? 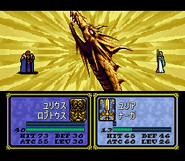 Then change it. I mean, yeah. It is not uneditable. Changing it, and adjusting pages it is on is better than replacing it with whatever the editing user can whip up at the time. This is a Wiki, templates included. You can edit those.--Otherarrow 23:13, 8 May 2009 (UTC)

EDIT: I'd do it myself, but I am not experianced with tables and such, and several stats seem to disappear and reappear over the games that I can't keep up with.--Otherarrow 23:17, 8 May 2009 (UTC)

Well, we could make CharStats for each game, perhaps use the color sceme used by that game's Navtemplate. That would answer your question about the various stats, but I am not sure we are really up to that. It seems easier in the long run than copy pasting complex code every time. As for weapon...I dunno. I always used it for what weapon they CAN use, although with some of these Barons and Emperors and such, I am moving towards making it what they DO use.--Otherarrow 23:27, 8 May 2009 (UTC)

Oh. I must have misspelled it. I noticed Guinivere was a broken link so i searched it and it came up with no exact results. my mistake was to spell Guinivere rather than Guinevere. I did find it funny that there was no page for Guinevere but was in a hurry so I looked in to it no further. Thx for pointing that out. I'll make a redirect page ASAP.
C13g3 -

I've looked all over, but I can't seem to find the file where I listed all the English names from the advertisement. I'm more sure of the names near Crimea since the advert centered there by default. For the rest, I really can't remember which ones are official or not without my notes. Aveyn Knight 20:30, 12 May 2009 (UTC)

The only way these/this category(ies) would be useful is if everyone used them/it. But I probably would be the only one to categorize my user pages. So it's up to you and Otherarrow whether you actually care or not.
C13g3 -

Responding to your earlier question, it would be used as all other categories are used. I just believe every page one the wikia should be categorized. Either that or we make userboxes auto-categorize like the nav templates.
C13g3 -

Retrieved from "https://fireemblem.fandom.com/wiki/User_talk:Semajdraehs/Archive_5?oldid=37478"
Community content is available under CC-BY-SA unless otherwise noted.