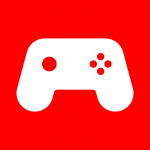 Would you be able to extract the skill icons for the new abilities from the Cindered Shadows DLC? Are You Serious (talk) 12:46, February 28, 2020 (UTC)

Sadly, I cannot extract the new skill icons from Cindered Shadows, I'm simply too inexperienced to deal with something like this. For now, I can replace the current skill icons with higher quality images by taking screenshots (from using a capture card, not the Switch's built-in screenshot button, don't worry!) while playing through the game. The icons I was able to get are 58px sq., which is not the 96px sq. used by the game system, but an improvement over the current 19px sq. images. I hope this will suffice for now, and I will try and figure out a better way as soon as possible. TheHenrai (talk) 14:37, February 28, 2020 (UTC)

Can you go get Are You Serious to bring the Ban Hammer down on these vandals?

Are you sure that's not a glitch? I don't think infantry units are supposed to be able to walk on water, and I've only gotten it to work on Southtown.ShurikenKunai (talk) 20:02, May 6, 2020 (UTC)

It's not a glitch, it's an intended mechanic. Not sure how long its been in the series for, but it existed long before Awakening (the earlist game I've played is The Sacred Stones, and it existed then). Similar to how cavalry units are slowed down when crossing forest terrain, or anyone crossing deserts, the same applies to infantry units with water, except on a greater scale (meaning they need to get close just to even cross it, and even then they can only move one space). Of course this is depending on your class; as you said cavalry units cannot cross it whatsoever, whereas flying units can go pass it with ease. If you're curious on more info about this, have a read over Terrain's page, or something like serenesforest.net probably has more info about it. TheHenrai (talk) 20:51, May 6, 2020 (UTC)

Ike is gay or asexualEdit

There's nothing in the game that hints Ike is gay, but his general lack of interest towards women implies he's at least asexual. Not to mention, he cannot get married, and his two paired endings are with men, Soren and Ranulf, hinting at him (or them) being gay for the other. I haven't said "Ike is gay", I said "not strictly heterosexual" which means asexual too. Tokoyami no Nietzsche (talk) 17:22, June 14, 2020 (UTC)

The reason why I undid the revision was because it was speculation (using language such as "imply" or "hinting" or "not strictly") and not fact, I have nothing against him being gay or asexual or whatever. Many characters - male or female - only have endings where they do not marry anybody or only have endings with the same gender, but we cannot assume their sexual orientation based solely on this. For all we know, Ike could've met and marry someone (again male or female) after the war when he found new land beyond Tellius, even if Soren/Ranulf join him in his journey, but it's also possible that he never married at all, we simply don't have enough information. If we compare this to someone like Micaiah, we know for 100% that she is at least attracted to males, as she marries Sothe if the two reach A-Support, though it is possible that she may also be interested in females (but we lack information supporting this). You do also mention that Ike shows no interest towards women in-game, but that doesn't mean he has no interest in women; Ike is a very stoic person and similar characters like Dedue never show interest towards women in-game but can end up marrying men or women in their endings (in Dedue's case, he can marry female Byleth, Mercedes, Annette, Flayn and Shamir, but remains close friends with Ingrid and his endings with males). I hope that this was clear to understand, I am very worried if I say something inoffensive. TheHenrai (talk) 18:02, June 14, 2020 (UTC)

Since this is a wiki we have to stick to facts; so since there's nothing in the text (or para text) stating anything about Ike's sexuality we can't make any conclusions about Ike's sexuality. If you (the audience) want to make conclusions based on your interpretation of the subtext then that's fine, but we (the wiki) can't state that as fact. Are You Serious (talk) 18:24, June 14, 2020 (UTC)

The meteor in question is a flashback of Sothis memories. We're shown it alongside a gorilla glimpsing upon it, followed by Sothis other memories. A tower built within the crater of the crash site, her adult appearance overlooking a city, destroyed skyscrapers, etc. until it leads into Seiros vs Nemesis.

We also know the Agarthans associate Sothis with Sirius the Dog Star as they know the truth about her, as they reference her as Fell Star due to Sirius being a star of Calamity in China. Though thats more clear in Japan due to the term used.JupiterKnight (talk) 20:01, July 4, 2020 (UTC)

Oh, that was my mistake for thinking the meteor you mentioned was the fireball attack from the cutscene "Rematch", from Blood of the Eagle and Lion. I think I was thinking of either the opening "Seasons of Warfare" or the E3 2019 trailer, sorry about that! Looking at the screenshots, the second image looks like that Zanado was built around the remains of a crater that impacted the earth, as you say. However, we simply do not have enough information to say that said crater was a meteor that crashed into Fódlan and had Sothis within it. For all we know, that may not be a crater but simply how the terrain was formed, but it could also be a crater, we do not know for certain.

From the Shadow Library in Abyss, we know that Sothis is from a land called "Thinis" (though what Thinis is, we have no clue!) and that after Sothis went to Fódlan and had beef with the Agarthans, they destroyed Thinis (and some other places) using javelins of light. The ancient script written by that random Agarthan also describes that Thinis has "vanished from this world", which implies that it is part of the same planet (or whatever Fire Emblem defines as a world) rather than something that is extraterrestrial. Again, this is all really vague stuff so personally I believe the page should be left vague when there's stuff of the profile we're not certain of. However, so that we don't end up just undoing and redoing our edits, I believe it is best to wait until an admin like User:Are You Serious or User:Nauibotics checks up on Sothis' page and come to a decision on what to do with the page.

Finally, while there is definitely a connection between Sothis and Sirius the Dog Star, that doesn't mean that they are one-to-one and was likely just used to naming and theming. Most of Fódlan is based on Irish mythology but that doesn't mean Fódlan IS Ireland, Fódlan has its own history. I hope this all helps and hopefully we can come to a compromise or whatever. TheHenrai (talk) 20:56, July 4, 2020 (UTC)

Thinis is based on the lost capital of Egypt, whose mythology worshipped Sothis under her name Sopdet as the goddess in charge of flooding the nile, and was deeply intwined into all egyptian mythology due to its connection in Egyptian astronomy, building a calendar around the Sothic cycle, which the narrator comments upon since the moon based calendar is inspired by Egypts lunar calendar, and ingame notes Blue Sea Star rising which is how the Sothic cycle functioned. It being lost is in regards to the fact historically we have no idea where the real Thinis is either. Her association with dogs and wolves, and the Blue Sea Star is due to it being Three Houses versio n of Sirius, as its guarded by Heavenly Wolves, which is Sothis name in Chinese myth, and is a blue-white star. Even the architecture in the past images takes from Egyptian and its neighboring culture, since her children identify as Nabatea a nation that existed within range of Egypt.
Sothis draws heavily from all myths of Sirius, many of which are similar in a benign wolf or dog who lives in the heavens(space), with the catholic flavored mixed ingame. Greek, Rome, and China(See a pattern?) were some of the few that viewed Sothis as bringing disaster, heat, invasion, while other mythologies view her as benevolent and her association with water as benign.
We also know from these memories of Sothis that they are not perceived from her perspective, as two shots depict her in full view and one wearing full white robes so all of these shots show things from a third perspective, so even when Sothis isn't on screen the memories don't show her viewpoint but anothers. JupiterKnight (talk) 22:50, July 4, 2020 (UTC)
Also, as this one is much crazier, the African Tribe called the Dogon believe they made contact with aliens from Sirius, specifically its sibling star, and that lead to one man to write an entire book about the idea these beings might have built Ancient Egypt which....yeah. JupiterKnight (talk) 23:01, July 4, 2020 (UTC)

Retrieved from "https://fireemblem.fandom.com/wiki/User_talk:TheHenrai?oldid=551070"
Community content is available under CC-BY-SA unless otherwise noted.