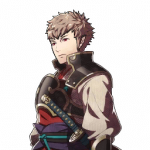 Obviously I'm not Otherarrow, but I reckon it would be a very useful resource in any case. Would you be using Miiverse screenshots? The quality is slightly worse, but not noticeable unless you want to rip them or something. I just got a capture device recently, but I'm way too busy to grab stuff from Awakening. Aveyn Knight (talk) 15:44, March 21, 2014 (UTC)

I had planned on using my phone to take the picture. (I get almost screenshot quality pictures, it has a really good camera) but I will try Miiverse first as they would probably be better quality. Then I will put the name of the father/mother that gave the child their hair color on the picture itself and the make a collage to keep the image gallery cleaner.
I assume these should go on their respective character's pages?Tiero (talk) 15:52, March 21, 2014 (UTC)

Wow, I'm surprised about the phone quality. I think Miiverse is probably safer, but it will be very tedious... Well, if it's just for reference, phone pictures might suffice, but I'll leave the rest to Otherarrow. Aveyn Knight (talk) 15:57, March 21, 2014 (UTC)

Yeah Miiverse works and is better quality. It takes a little longer but I'm definetly using it instead. thanks Tiero(talk) 16:02, March 21, 2014 (UTC)

No problem. I just changed my wiki avatar to a screenshot I took with miiverse and cropped on my Laptop. That's probably what I'll have the pictures look like. Tiero (talk) 17:28, March 21, 2014 (UTC)

Your pictures look great, but j-just one thing, can you save them as png? The jpeg compression on otherwise great quality images makes me sad :c (Unless your phone auto saves them as jpg or something) L95 (talk) 19:39, March 21, 2014 (UTC)

BTW, where in the game did you grab the screens from? I have a couple of minutes to help grab some from my game, if you want some help. Trouble is I haven't played in so long I dunno where the clearest place is. Aveyn Knight (talk) 22:23, March 21, 2014 (UTC)

I just start the chapter you recruit them on and click on their portrait to bring up the screen that shows their portrait and stat balances on the bottom screen. If you get some post them here so that I can save them onto my laptop and edit them.
Thanks for the Help! Tiero (talk) 22:27, March 21, 2014 (UTC)

Oh, also. I have most of Kjelle and Gerome's already. I don't have any of the other character's though and can't get any for Brady without starting yet another playthrough so he is the one I need help with most. Tiero (talk) 22:31, March 21, 2014 (UTC)

Hmm, I forgot most of my playthroughs were on my digital copy, so I'm just going to avoid grabbing screens from there because it's going to take too much time for me. If it helps, here are some I grabbed from my cart. Aveyn Knight (talk) 13:15, March 22, 2014 (UTC)

Ok, I finished Kjelle's collage but am missing her hair color from Chrom. If anyone could send me a screen of her with Chrom's hair color that would be great. I also need Inigo's from Chrom. Tiero (talk) 17:50, March 22, 2014 (UTC)

I was wondering if yopu could include images of all possible parent hair colors of Yarne in his confession CG, since its a little known fact that his black mane is tinted different shades depending on his tuft color, such as navy(Virion), grey(Henry), and dark brown(Ricken, Gregor, etc). I used all 5 of my files to confirm and look at some of them after I first found out about it when I wanted to marry Yarne, but being able to see all of his mane color tints in one place would be a BIG help for anyone else who wants to see this little easter egg.

I haven't noticed any mane tint differences myself. However even if I was capable of this (Sadly I am not, I don;t have a female avatar in the right place. Much less the time to build up all the supports AGAIN) I am not sure if our chief editors would want it on the wikia or not.         There are already pictures of Yarne's possible hair colors on his page.

I found the image and the original post that let me know about Yarne's mane color change, but I don't know this Wiki's rules about using outside images. I'm not sure if the person finished all of Yarne's mane colors in her Photobucket(school block so I cant see it), but I can link to the post and sample image she put on there. She said her stuff is free to use, so maybe you can add Yarne and any other child image she has that you're missing to the wiki, if allowed that is.

The first problem sounds like what I've been fixing, I haven't seen any other problem so far User:Tiero (talk)

No problem, I'll check them all now. User:Tiero (talk)

Retrieved from "https://fireemblem.fandom.com/wiki/User_talk:Tiero?oldid=268490"
Community content is available under CC-BY-SA unless otherwise noted.