Valentia (バレンシア Barenshia, Barensia in the Japanese version) is the continent in which Fire Emblem Gaiden and its remake, Fire Emblem Echoes: Shadows of Valentia, take place. It is located far west (erroneously drawn to the east in some materials) of Archanea. By the time of Fire Emblem Awakening, this continent is renamed Valm after the hero Alm, just as Archanea has been renamed to Ylisse.

Originally ruled by the sibling gods Mila and Duma, early in Valentia's history, they came into violent dispute over their beliefs, with Duma believing mankind should strive for power and Mila believing that mankind should be led towards peace and pleasure. This dispute eventually led to a pact that divided the continent between then. The lands of the north were to be ruled by Duma and the lands to the south would be ruled by Mila. Eventually two kingdoms rose from this division, Rigel in the north and Zofia in the south. However, the heavy involvement of the gods in the nations they came to rule led to a contrast between them; the people of Rigel became strong, yet forgot kindness in their might, and the people of Zofia grew corrupt and knew nothing of toil.

A nation to the north formed by Duma.

A nation to the south formed by Mila. 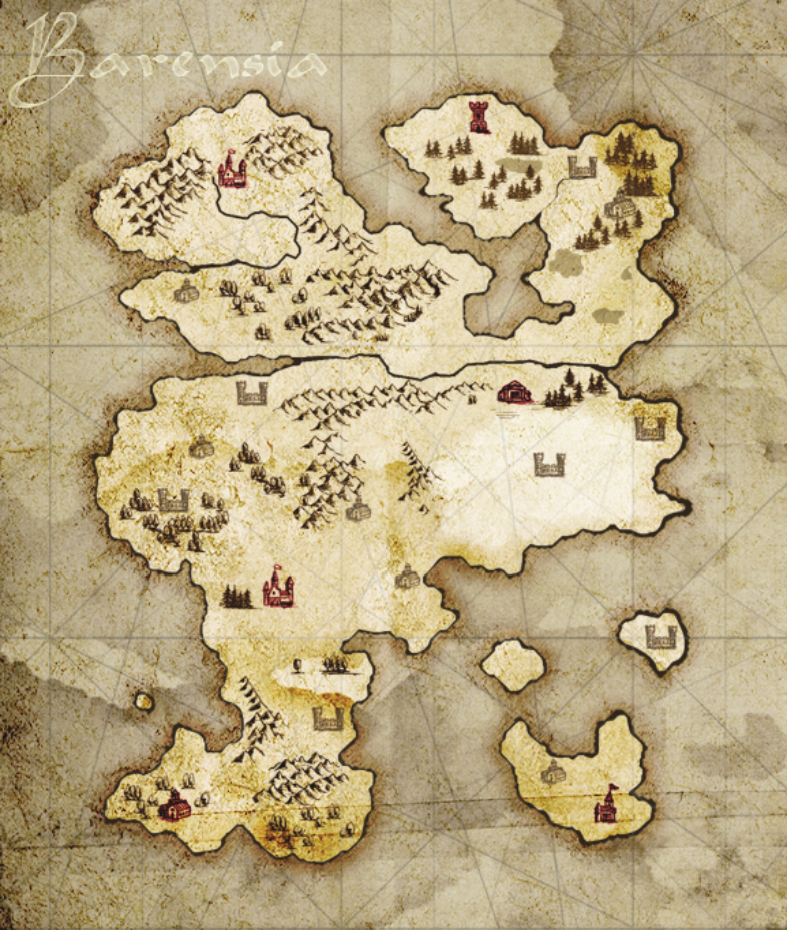 Valentia as it appears in Gaiden's instruction booklet.