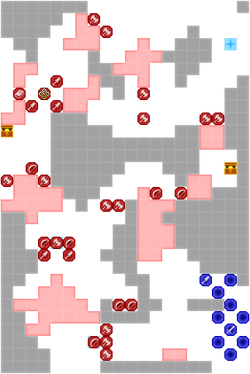 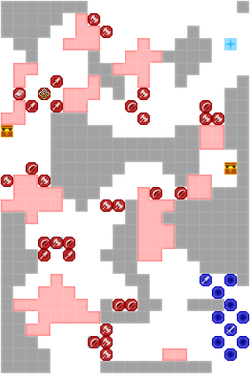 Chapter script
[view]
“Having received the Kingdom army's plea for aid, Rodrigue has agreed to provide soldiers. In order to meet up with their reinforcements, the Kingdom army sets out for Ailell, the Valley of Torment.”
—Opening narration

Lord Rodrigue responds to the plea for reinforcements by explaining that he cannot spare to leave House Fradarius territory to go to the monastery as they are busy with the fight against Cornelia, however, he is able to go to Ailell, which is halfway to the monastery.

Rodrigue will appear alongside two Armored Knights in the top right corner of the map at the beginning of Turn 6.