Where the Goddess Dwells

Where the Goddess Dwells 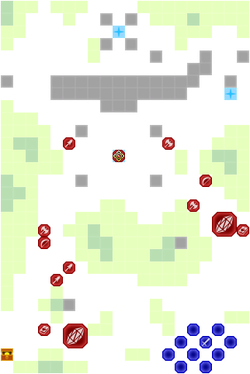 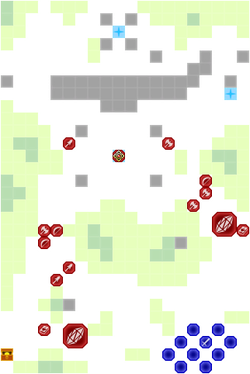 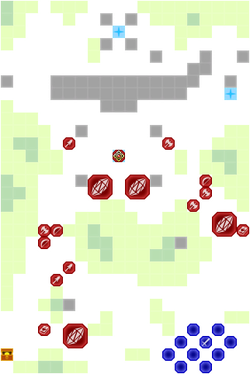 Chapter script
[view]
“Long ago, the guardian Seiros made an appearance during this moon. She had been summoned by the goddess, whose soul was suffering as the flames of war raged across Fódlan. Some believe that high in the sky above Seiros, the Immaculate One's mighty wings are what power the strong winds carrying the guardian and her forces into battle.”
—Opening Narration

Where the Goddess Dwells is the tenth chapter of Fire Emblem: Three Houses.

This fight is split into two parts. The first part features:

After Kronya has been defeated, several reinforcements led by Solon will show up. All playable units are additionally moved to south of Kronya's starting position when this occurs, and on Normal and Hard difficulty, all Divine Pulse charges will be regained.

It's highly recommended that taking down the Demonic Beasts be your first task. On Normal and Hard Mode there are two of them, while in Maddening their number goes up to four beasts. While it's recommended to defeat the Demonic Beasts to get Umbral Steel, you can just have a flier go to the boss' location and defeat them to proceed to the second phase, however be aware that the enemies from the first phase will still remain.

The first, initial boss is Kronya, who can likely double and kill your weaker units. To make matters worse, she is equipped with Keen Intuition, giving +30 Avoidance against any ranged weapon attack, making it unreliable though still possible to hit her from outside of close range, by combining bonuses from sources such as Ignatz's Watchful Eye, Bow Prowess, Accuracy Ring, Hit +20, and any battalion with high Hit. Her defenses are not very strong but her high speed makes it unlikely to take her down in one attack unless using a weapon with a Brave effect.

The second phase consists of Solon, extra reinforcements, and enemies you haven't defeated from the first phase. Again, you can skip the enemies and focus on the boss by having a flier defeat them. Solon's spells are exactly the same as from the previous encounter: Banshee, Death, and Miasma. He shouldn't be a threat after having completed that chapter.