World of Awakening (覚醒の世界, Kakusei no Sekai) is the fourth chapter of Book I of Fire Emblem Heroes. 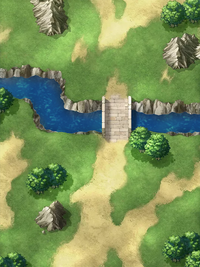 You will have 4 units on your team. You will also have 3 opponents: Chrom, Lissa, and Frederick.

Your team is on the north side of the map while the enemy team is on the south side. When your turn ends, the enemy team will move forward. Move your Lance unit on Chrom's attack range, but when Chrom is defeated, Frederick will come after your Lance unit and he'll gain the advantage. Move your Sword unit or your Red Magic unit to attack Frederick.

Be aware that Lissa can heal the enemy units, so take her out as soon as possible. 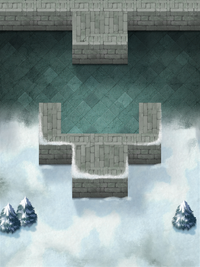 You will have 4 units on your team. You will also have 4 opponents: Lon'qu, Olivia, an Emblian Axe Knight, and an Emblian Bow Fighter.

This stage can be quite difficult, as Olivia is a Dancer unit and she will use her "Dance" ability to have an enemy unit move again. Use your powerful Lance unit to take Olivia out, but you'll have to get through Lon'qu first, as he will move extra forward to attack your unit.

You should also watch out for that Emblian Axe Knight, as his attack and defense powers are high. Take him out with your powered-up Sword unit (and make sure your unit has an "Armorslayer") and your Red Magic unit. Also, defeat the Emblian Bow Fighter with either your Magic unit, your Archer unit, or your Thief unit. 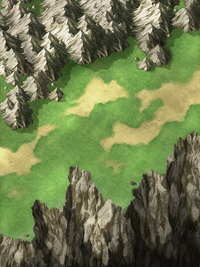 You will have 4 units on your team. You will also have 4 opponents: Cordelia and the three Emblian Pegasus Knights with their Sword, Axe, and Lance weapons respectively.

Once you've dealt with both enemies and if you have your Archer or Green Magic units, send those units to attack and defeat either Cordelia or the Emblian Lance Flyer, since your Axe unit cannot reach them at this point. But, if either of those enemy Lance units survive, your units won't counter on the Enemy Phase, be careful. 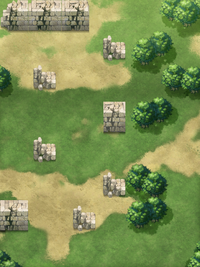 You will have 4 units on your team. You will also have 4 opponents: Donnel, Robin (Female), an Emblian Bow Cavalier, and an Emblian Troubadour.

This part can be very tricky, because if your units destroy the walls, your units will be wide open for the enemy units to attack. To easily defeat Donnel, you must send your powerful Green Magic user and attack him with all the power you have. Watch out, though, because when the Enemy Phase begins, an Emblian Bow Cavalier will attack your units. If your units manage to survive, strike the enemy unit back and defeat him.

Another thing you need to watch out for is the Female Robin's Green Magic attack. Send your Sword unit or your Red Magic unit to defeat her. But, you should also take out the Emblian Troubadour quickly, as that enemy unit can heal the other enemy during the Enemy Phase. 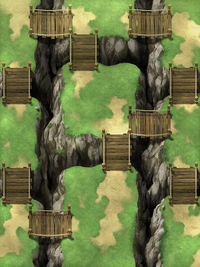 You will have 4 units on your team. You will also have 3 opponents and one boss: Chrom, Robin (Female), Sully, and Stahl.

This is yet another tricky map, as your team is on the bottom side of the map and two of your units are on the Female Robin's attack range. Unless you have your Red Magic unit, she is sure to strike your units down. Defeat Robin in her own game as soon as possible, because that will have Chrom get closer to your team. Once Chrom is one block away from your units, send your Lance unit or your Blue Magic unit and defeat him.

Sully is on the far left on the map, so send your Axe unit or your Green Magic unit to her attack range and take her down. Furthermore, when Stahl gets closer to your team, defeat him with your Lance unit or your Blue Magic unit.