World of Binding (封印の世界, Fūin no Sekai lit. World of the Seal) is the third chapter of Book I of Fire Emblem Heroes.

The names of the five parts of this chapter are Binding Trial (封印の試練, Fūin no Shiren lit. Trial of the Seal), Two Noblewomen (高貴なる者, Kōki naru Mono lit. The Noble One), Desert Dragons (砂漠に住まう竜, Sabaku ni Sumatsu Ryū lit. The Dragon That Dwells In The Desert), Quirky Family (風変わりな親子, lit. Fūgawari na Oyako lit. The Odd Parent and Child), and Nobles of Binding (封印の公子, Fūin no Kōshi lit. Prince of the Seal). 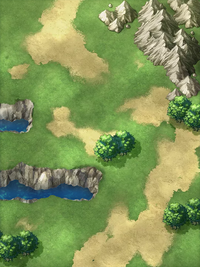 Your team cannot reach the enemies due to the gap, so it's best to move your units to the right side of the map. The enemies won't move until your unit is in the enemy's attack range, mainly an Emblian Bow Fighter. Make sure you have your powerful units, such as your own Archer unit, who can defeat the Bow Fighter.

Then, when the enemies rushes forward, send both of your Axe unit and your Lance unit to defeat that Lance Cavalier, a Sword Cavalier, and Roy, respectively. 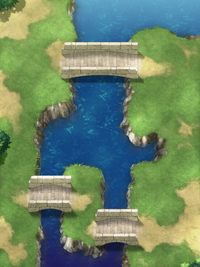 You will have 4 units on your team. You will also have 4 opponents: Cecilia, Clarine, and two Emblian Lance Cavaliers.

You might also need to take out an enemy Lance Cavalier before Clarine can heal him in the Enemy Phase. After that, defeat Clarine and she won't heal the enemies anymore. 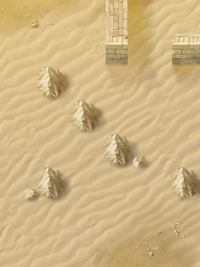 You will have 4 units on your team. You will also have 4 opponents: Fae, Raigh, Sophia, and an Emblian Axe Fighter.

This map takes place in a desert. The only way to defeat Raigh is to move your Blue Magic unit to his attack range. That way, Raigh can easily be taken out. This will also have Sophia charge toward your unit, so unless you have your powerful Blue Magic unit, you'll be in trouble. Once both magic users are defeated, send your Sword unit or your Red Magic unit to defeat that Emblian Axe Fighter.

Remember, Fae is a Dragon unit and she can transform with her Divine Dragonstone in order to attack your units. Be sure to defeat her with your Sword unit or your Red Magic unit. Alternatively, if you have Marth on your team, then his Falchion can easily defeat Fae, as the Falchion is effective against Dragon units. 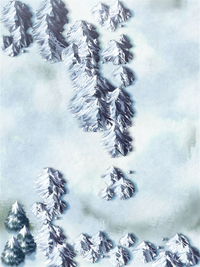 You will have 4 units on your team. You will also have 4 opponents: Fir, Shanna, Bartre, and an Emblian Bow Fighter.

Since Shanna is a Pegasus Knight, she can fly forward from the snowy mountains, so it's impossible to reach her, unless you have a Wyvern Rider on your team so you can defeat her. But, if you do have a Wyvern Rider, avoid the Emblian Bow Fighter, as he can easily take your unit out.

Also, send your Lance unit or your Blue Magic unit to lure Fir to her attack range and counter. While you're doing that, send your powerful unit who can attack in range and defeat that enemy Archer. However, your unit won't attack Bartre, as he can charge forward and strike back. Defeat Bartre with your Red Magic unit to get him out of your way. 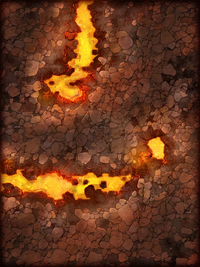 You will have 4 units on your team. You will also have 3 opponents and one boss: Roy, Lilina, Gwendolyn, and an Emblian Troubadour.

Be sure to defeat Lilina first with your Blue Magic unit, your Archer unit, or your Thief unit. Then, send your powerful Lance unit to defeat Roy.

Keep in mind that the Emblian Troubadour can not only heal the enemies, but she can also attack your units in range, so take her out as soon as possible.

Another thing that you need to watch out for is Gwendolyn's attacks and defense powers, as she can attack your units with her tremendous power. Send your Green Magic units or your Axe unit with a Hammer weapon to defeat her at ease.