World of Birthright (白夜の世界, Byakuya no Sekai lit. World of White Nights) is the sixth chapter of Book I of Fire Emblem Heroes. 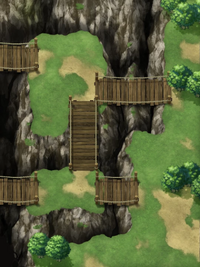 You will have 4 units on your team. You will also have 4 opponents: Ryoma, Hinoka, Takumi, and Sakura.

Once you dealt with Takumi and when the Enemy Phase begins, Ryoma, Hinoka, and Sakura will move toward your team. Defeat Hinoka with your Archer unit or your Axe unit. Then, take out Sakura, otherwise she will heal enemy unit, not just attack your units. Finally, if you're able to reach Ryoma by either crossing the bridges or flying forward to him, defeat him with your Lance unit. Be aware that Ryoma can also attack one square away from him. 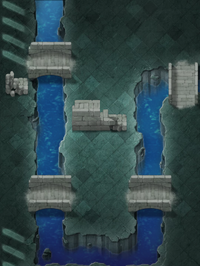 You will have 4 units on your team. You will also have 4 opponents: Takumi, Hinata, Oboro, and Saizo.

There are two breakable walls in this map: one in front of your team and the other on the left side, so you might want to destroy them. Of course, the enemy team will move forward after the end of your turn, whether you destroy those walls or you let the walls be destroyed by the enemy units.

Be really careful, Saizo has an ability, in which after he attacks, your units suffers an additional damage and he lowers your unit's stats. Defeat him as soon as possible, though he can be protected by either Hinata or Oboros. Defeat them both with your Sword or Red Tome units and your Axe or Green Tome units respectively.

Keep in mind that on higher difficulties Takumi can counterattack your units both at range and in melee. Take him out with your powerful unit. 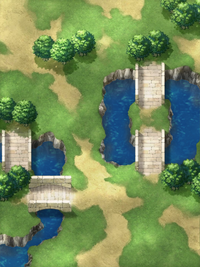 You will have 4 units on your team. You will also have 4 opponents: Hinoka, Setsuna, Azama, and Subaki.

Make sure you send your unit to Azama's attack range in hopes to take him out. Then, as Subaki flies forward, send your Archer unit to the right bridge and defeat him.

Hinoka then flies forward as well, so your best hope is to attack her with either your Axe unit or your Green Tome unit. Be aware that Setsuna is a Bow Fighter, as she can attack your unit on range. As soon as the Player Phase begins, send your unit to defeat her. 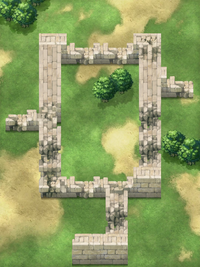 You will have 4 units on your team. You will also have 4 opponents: Sakura, Hana, Subaki, and Kagero.

Be warned, Sakura and Kagero will attack your units who will attack Subaki and Hana. If you managed to survive, send your Axe unit and your Lance unit to defeat Subaki and Hana respecfully. Then, once you managed to destroy the walls, send your units to take down Kagero, but be careful, her Poison Dagger can easily take out your Infantry units. You should also take Sakura down, as she can heal her team during the Enemy Phase. 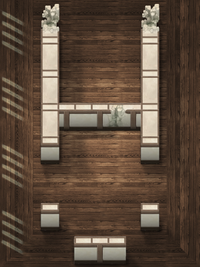 You will have 4 units on your team. You will also have 4 opponents and one boss: Ryoma, Saizo, Kagero, Hinata, and Oboro.