World of Mystery (紋章の世界, Monshō no Sekai lit. World of the Emblem) is the first chapter of Book I of Fire Emblem Heroes.

The names of the five part six in this chapter are Mystery Trial (紋章の試練, Monahō no Shiren lit. Trial of the Emblem), Willful Warrior (不屈なる猛者, Fukutsu naru Mōza lit. Unyielding Man of Valor), Wind and Light (光と風, Hikari to Kaze), Twin Cavalier (赤と緑の双騎, Aka to Midori no Sōki lit. Twin Cavalry of Red and Green), and Prince of Mystery (紋章の王子, Monshō no Ōji lit. Prince of the Emblem). 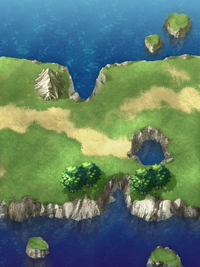 You will have 4 units on your team. You also have 3 opponents: Marth, Caeda, and Jagen.

The easiest way to clear the map is to wait and have one Axe unit in range of Jagen. Once your turn ends, Jagen will close in, and then send a counterattack on him in order to defeat him.

Caeda will then move forward with Jagen, but she will be unable to attack on the first Enemy Phase. When your turn starts, and if you have a Bow unit, then it should be easy to take out Caeda, if your Bow unit has enough attack power.

Once Jagen and Caeda are defeated, Marth will charge directly to your units. Defeat Marth at all cost, and you can't afford to make any mistakes. 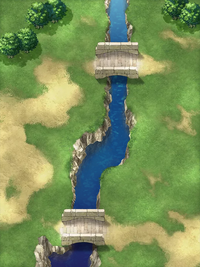 You will have 4 units on your team. You will also have 3 opponents: Ogma, an Emblian Bow Fighter, and an Emblian Axe Fighter.

The best way to defeat Ogma is to have your stronger Lance unit south to attack him. To defeat an Emblian Axe Fighter, send your stronger Sword unit north.

Keep in mind that an Emblian Bow Fighter can attack your units in range. If your strong units survive, then take out the enemy. 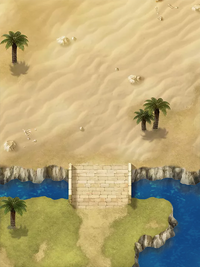 You will have 4 units on your team. You will also have 3 opponents: Merric, Linde, and an Emblian Cleric.

Be careful, both Merric and Linde can attack your units with their respective magic attacks in range. Make sure your team has the strong Thief, Archer, and Tome users, and they should all have enough Magic Resistant points. Once your next turn begins, remember the weapon triangle and defeat Merric and Linde.

However, you should also take out the Emblian Cleric as soon as possible, as the enemy can heal either Merric or Linde. 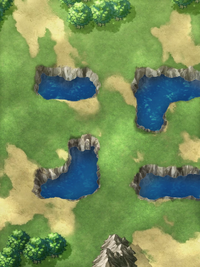 You will have 4 units on your team. You will also have 4 opponents: Cain, Abel, Gordin, and an Emblian Lance Flier.

Be aware that Cain, Abel, and an Emblian Lance Flier can close distance quickly. Your job is to take them all out with your units before they get to you, especially with your Bow or Axe units if you want to easily defeat that enemy.

If possible, taking out both Gordin and the Pegasus Rider before Cain and Able reach to you should not be complicated and easier. 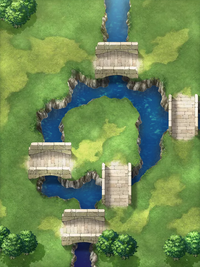 You will have 4 units on your team. You will also have 3 opponents and one boss: Marth, Caeda, Merric, and Gordin.

This part can be very tricky, as your units cannot reach the enemy units on a small island, and the enemies won't budge unless you move your unit to their attack range. Have your melee unit square before the southern bridge. In order to defeat Merric and Gordin, have your strongest Red Tome unit, your Archer unit, and your Thief unit in their range so your units can counterattack and take them out.

But remember, Caeda has a Defensive Skill "Draw Back", which will allow her to yank the other enemy units out of harm's way and she will take you. Take her out as soon as possible.

Once you reach Marth, defeat him with your strongest Lance unit.