World of Zenith (至天の世界 Shiten no Sekai lit. World of the Highest Sky) is the prologue of Book I of Fire Emblem Heroes.

The names of the three parts in this chapter are Prince with Golden Wings (金翼の王子, Kinyoku no Ōji lit. Golden-Winged Prince), Proof of Power (汝が力を示せ, Nanji ka Chiraka o Shi se lit. Show Thy Power), and Heroes in Battle (英雄相争う, Eiyū Aiarasou lit. Heroes Fighting Against Each Other). 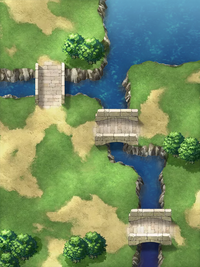 You will have 3 fighters on your team: Anna, Takumi, and Alfonse. You also have 3 opponents: An Emblian Sword Fighter, an Emblian Axe Fighter, and an Emblian Lance Fighter.

Send Anna up north to take care of the Lance Fighter. As a general rule, keep her out of range of the Sword Fighter to the east if at all possible, even using Takumi to block his path. That accomplished, send Alfonse to the south-east corner of the map to defeat the Axe Fighter. This leaves you with only the Sword Fighter left.

Use Takumi (who should already be near the fighter) to attack with his bow. It is recommended you use Alfonse to defeat the last enemy here because he is a core character and does not suffer any weapon disadvantages like Anna does. 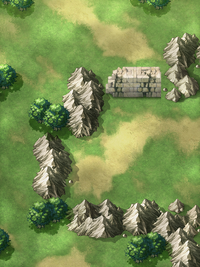 You will have 4 fighters on your team: Anna, Takumi, Alfonse, and Sharena. You also have 4 opponents: Minerva, Catria, Palla, and Maria.

First, destroy the walls with any of your units. Then, send Takumi to defeat Miverva, Catria, and Palla, since Archers are effective against the flying units. However, Takumi will be left wide open, giving the enemies a chance to strike him down. Make sure you use your units with the right weapons to protect him until the Player Phase stars, and then finish those flying units off.

Keep in mind that Maria is an Enemy Healer, and she will heal your opponents whenever they get damaged during the Enemy Phase. Defeat her as soon as possible so that she won't heal them. 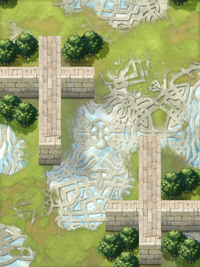 You will still have four fighters: Anna, Takumi, Alfonse, and Sharena, or it can be any of your four units that you summoned. You also have 3 opponents and one boss: Xander, an Emblian Sword Fighter, an Emblian Bow Fighter, and a Troubadour.

The best way to take out the enemy Bow Fighter is to use Takumi to lure him out. However, Xander is one of the powerful mounted units, and he will be able to close the distance quickly, attacking Takumi if reached. Keep Takumi protected as much as possible with your unit.