DC Douglas
[view]
“I am Wrys, a humble priest. I cannot fight, but this staff I carry can heal your wounded. Take me with you, and you’ll be very glad you did.”
—Wrys when being recruited in Fire Emblem: Shadow Dragon.

Wrys is a playable character from the Archanea Series of Fire Emblem. A curate from Talys, Wrys joins Marth to defend his country from the invasion of the Galder Pirates.

Wrys is one of few characters removed from Mystery of the Emblem, although he is reinstated in the DS remakes.

In New Mystery of the Emblem, Wrys will offer Kris the option to shave their head bald at the end of Chapter 3x, provided that he survives the chapter.

Wrys makes his first appearance in Chapter 1 of Shadow Dragon and the Blade of Light, where he emerges from his abode in a Talys village to offer his healing abilities to Marth's army. He will then aid Marth in bringing the War of Shadows to an end, thereafter constructing a monastery in Altea to care for children who were orphaned during the war.

Chronologically, Wrys reappears in Prologue IV of New Mystery of the Emblem, where he volunteers to support the 7th Platoon through his healing capabilities. His entrance is one that is unwittingly comical, as he does so while Luke is in the midst of fantasising over the prospect of a female Cleric joining his platoon's ranks. As Luke is stunned into silence by Wrys's unexpected appearance, Wrys, completely oblivious to his display of lascivious impropriety, mistakenly deduces that he has contracted an illness. In spite of this rather awkward introduction, Wrys will faithfully aid the 7th Platoon until they are recognised as full-fledged knights at the end of Prologue VIII, after which he bids them farewell, departing on a journey.

Wrys' journey takes him into the mountains of Macedon. He is encountered in Chapter 3x of New Mystery of the Emblem, where he is ambushed by a small force of assassins led by Clarisse in the northern mountains of Macedon. Initially resigning himself to his imminent demise, Wrys is eventually rescued by Marth and Kris, who intervene in the nick of time to protect him from being slain. Wrys thereafter repays them by helping them to end the War of Heroes, thereafter living out the remainder of his days in the same monastery that he built, periodically aiding fresh recruits of the Altean army with his healing abilities.

Like a majority of the cast appearing in Shadow Dragon and the Blade of Light and Mystery of the Emblem, Wrys suffers from a lack of proper character development, owing to the minor role that he plays in the games. Nevertheless, it is still possible to deduce certain traits that stand out as integral parts of his personality. For one, it can be observed that Wrys is a magnanimous individual, more than willing to provide assistance where possible, a fact that is proven through his readiness to support the 7th Platoon through his healing abilities. This benevolence of his is also explicated through his base conversations with Kris in New Mystery of the Emblem, where he reveals that he has constructed a monastery in Altea following the end of the War of Darkness for the express purpose of sheltering orphaned children.

In Shadow Dragon, Wrys is not a very good unit. Lena will likely be the first choice for a staff user in that game, as she has better stats, supports and weapon ranks as well as the unique ability to use the Hammerne staff. Wrys is the earliest available staff user though, and he will probably see some use in Chapter 2, but he doesn't really have any other advantages. Still, the warp staff is extremely potent in this game, so another staff user is not a bad thing. Wendell or Boah will still likely be better for this though, as it will take quite some time to get Wrys' staff rank up to C.

“I am Wrys, a humble curate. I cannot fight, but this staff I carry can heal your wounded. Take me with you, and you'll be very glad you did.”
—Wrys

“Alas... this is beyond healing...”
—Wrys' death quote in Shadow Dragon

"Wrys built a monastery and spent his remaining years caring for children who had lost their parents in the war."

"Wrys spent the rest of his days in a monastery in Altea. He often lent a helping hand to prospective knights."

Although Wrys does not directly appear in-game, he makes a cameo appearance when Marth performs his special ability, Lodestar.

Wrys is illustrated in the trading card game Fire Emblem Cipher with the following cards: 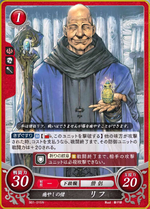 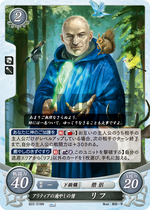 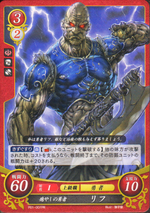 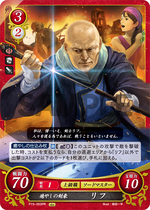