Sword
[view]
“This one is called the Altar of the Ogre. It stands in honor of a terrifying ogre, one of the Eight, who used his battle prowess to defend the divine law. Only those that walk the path of the dread fighter may receive this boon.”
—Hermit explaining the Yasha class.

Yasha (ヤシャ) is a class that first appears in Fire Emblem Echoes: Shadows of Valentia. It is an Overclass and functions as the promotion for the Dread Fighter class.

The Yashas, also called yakshas were a class of benevolent -- and sometimes malicious -- nature spirits in Buddhist, Hindu, and Jain texts. 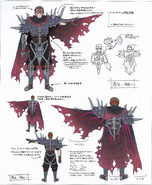 Concept art of a Yasha in Echoes: Shadows of Valentia. 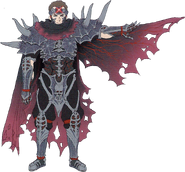 Art of a Yasha in Echoes: Shadows of Valentia.