Ylisse (イーリス, Iris in the Japanese version) is the name of the continent on which the game Fire Emblem Awakening takes place. Serving as the future version of Archanea, 2000 years later, it shares its name with the Halidom of Ylisse.

1000 years prior to Awakening, the Fell Dragon Grima attempted to destroy the world. However, his actions were stopped by the Divine Dragon Naga, who granted the First Exalt of the Halidom of Ylisse her power through the Awakening ritual. Grima was defeated and put into a deep slumber. Because of the immense strength of the Fire Emblem, the five gemstones resting in it were removed and distributed to various countries during a time known as the Schism. Ylisse then separated itself into three separate nations, the Halidom of Ylisse, Regna Ferox, and the Theocracy of Plegia. However, 1000 years later, Grima reawakens, and seeks vengeance against Naga for imprisoning him.

The Halidom of Ylisse is located in the southeastern part of the continent. Its people worship the Divine Dragon Naga. They dislike war and have no more troops than absolutely necessary to protect the people. At the start of the game, Emmeryn rules as Exalt. Ylisse had been at war with Plegia for fifteen years before she inherited the title.

Regna Ferox comprises of the entire northern half of Ylisse and separated from its southern neighboring countries by a long wall stretching from one coast to another. Ferox has two rulers; Flavia, the East-Khan, and Basilio, the West-Khan. Only one of the Khans can hold sovereignty at a time, so they hold a tournament to decide who is the ruling Khan.

The Theocracy of Plegia is an aggressive nation located in the southwest. Much of the country has long been under the dictatorship of the Grimleal who worship Grima, the Fell Dragon. At the start of the game it is ruled by king Gangrel. 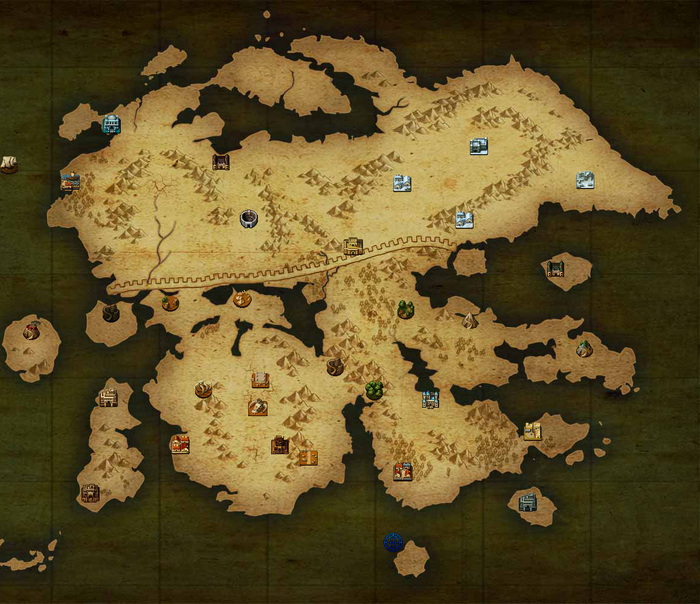