Despite Marth's protests, General Lang takes Yuliya and Jubelo away to have them executed. Before that can happen, Ogma rescues the children and leads them to Marth's army in Chapter 4, where he guides them from Wendell's home village in Holm Beach to the southeastern reaches of the region. The children then proceed to aid Marth in bringing the War of Heroes to an end.

Yuliya is a courageous and confident young lady with a bit of a haughty side. She finds it hard to speak to peasants since she has been taught that nobility are above such things, and thus instead tends to order people around. Yuliya maintains the strong demeanor that is required of her position in order to conceal her true vulnerability. Her headstrong character contrasts starkly with the fragile, timid figure of her twin brother, Jubelo. This has led to Yuliya leading this sibling pair, making decisions on their behalf.

Yuliya has proven to be rather rash and impractical when taking decisions, as evidenced by her obstinately deciding to remain with Lorenz against his wish for her to flee, a fact that almost costs her and Jubelo's lives. This is not entirely a flaw in itself, as she promptly reveals a deep sense of gratitude that is borne out of loyalty, for Lorenz had sustained a fatal injury in order to protect her and Jubelo. Yuliya is also revealed to be rather short-tempered, as can be observed from both her exchange with Jubelo in Chapter 4 and the base conversations that she shares with him, where she expresses impatient displeasure towards his lack of confidence and indecisiveness.

Her vulnerability has emerged on several occasions; once in Chapter 4, when she breaks down in the midst of scolding Jubelo, and another in her final base conversation with her brother, when she, moved by Jubelo's concern for her, reveals a deep-seated worry that she maintains for his sake. Even with Kris, Yuliya reveals that she derived inner strength from their wanting to save her and Jubelo, allowing her to not lose hope when she was captured. 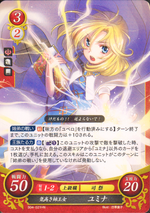 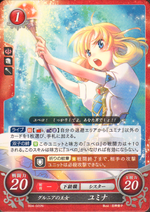 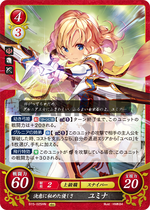 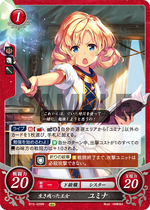