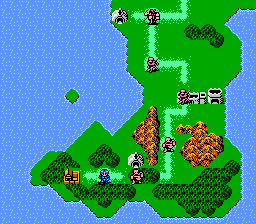 Zofia's Call ("To Zofia!" in the Japanese version) is Act 1 of Fire Emblem Gaiden and its remake, Fire Emblem Echoes: Shadows of Valentia. The act's overall goal is to reach Zofia Castle while fighting against brigands and the Zofian army, and also joining the Deliverance, a resistance group opposing the tyrannical rule of Desaix. The player must also do battle with Terrors, undead monsters first encountered inside the Deliverance Hideout that will be frequent opponents for the duration of the game.