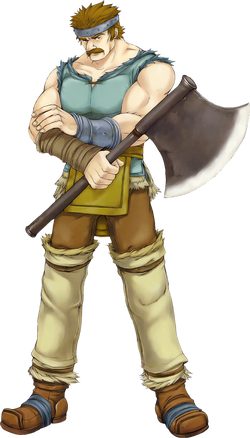 Bartre as he appeared in The Binding Blade. 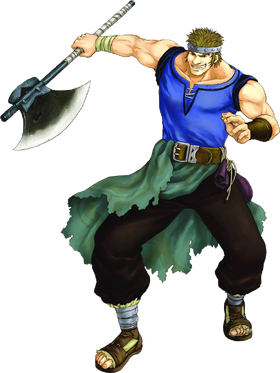 Bartre's artwork as he appeared in The Blazing Blade.

“My body is powerful, but your body has brains. We might have different paths, but we both fight bravely.”
—Bartre talking to Canas in a support conversation.

Bartre also supports with his daughter, 菲爾. In the A-Level conversation, he apologizes to her for not bringing her up well enough, and not being there when she needed him. Fir's tone implies that he can be a bit overprotective at times, but he just means to be by her side.

In The Blazing Blade, Bartre is shown to be very rash and reckless, but good-hearted. He also shows a lack of education; for example, he says "Hard words make my head hurt!" in a support conversation with Canas, and showing 瑞文 a family tree so illegible that Raven could not even read it. Bartre often encourages rigorous exercise, and will encourage people to hit him as hard as they can.

Bartre has great HP and strength, but he possesses low skill and speed, which hinders his offensive capabilities, since axes have rather low accuracy in this game. He will have troubles hitting opponents with axes, despite the fact his luck is average. Furthermore, while he can make a good bow user, there are also several other options for archers, though if you fix that skill rating, Bartre can make a passable substitute. Bartre has the best base Strength in the game and a decent bow rank, so he is very effective at killing Wyvern Riders and even Wyvern Lords in one hit. He also has very good HP and can take a good amount of punishment. Having the best Strength and weapon ranks of the Warriors may make him more useable if you need someone who can pack a better hit. Considering the fact that Wade and Lot do not double very often, Bartre may end up being your most useful Warrior. He also has many supports that boost critical and avoid, which can augment his offense and durability by a nice amount.

As a Fighter, his speed is decent and will most likely be in the middle of 多爾卡斯's and Dart's speed, supposing his low base speed manages to increase often. If you do not think he will be able to dodge well, most of his supports can back that up with good evade and defense boost which can also back up his low critical evade. On the topic of defense, it is rather good compared to the other axe-users, with his resistance being unusually high for his class. Bartre could be classified as an average unit, his skill and speed being mostly similar, strength not being too high, but high enough and luck being below average. Also, in Hector's story, it is mandatory that you use Bartre if you want to recruit Karla in Chapter 31x, thus he gains a large amount of priority over all the other Warriors in the game (and units that need the Hero's crest to promote as there are only a few Hero's Crests accessible before chapter 29E/31H in which you need the Warp staff from chapter 27E/29H to access the secret shop of the chapter)

All in all, Bartre is the most sturdy of the three warriors by a good margin, though he falls behind Dorcas' accuracy and Geitz's speed. His best aspects are his defenses with his HP, defense, and resistance all surpassing those of his rivals and gaining substantial boosts upon promotion. If Bartre hits the proper Strength milestones, he may be able to tank magic hits and retaliate with instantly lethal Hand Axe blows. His luck is not that great, but he need not worry about too many criticals thanks to the boost to critical evade that Tactician Stars provide. If his accuracy is found wanting, Bartre will find little competition for the Secret Books the player has obtained, a Goddess Icon can remedy his luck issues if he is lagging behind.

An outpost warrior who went on a journey to find his beloved daughter, Fir登場作品：Fire Emblem: The Binding Blade.

Bartre continued his quest from country to country. Rumors say that he fell in love with his own mortal enemy.

Bartre appears as an obtainable character. His class is Fearless Warrior. 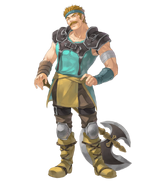 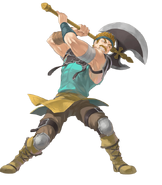 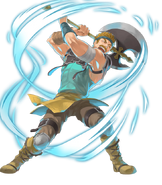 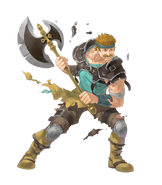 Bartre as a Fighter in The Blazing Blade.

Bartre as a Warrior in The Blazing Blade.

Bartre as a Warrior with a Bow in The Blazing Blade.
在此图库中添加照片