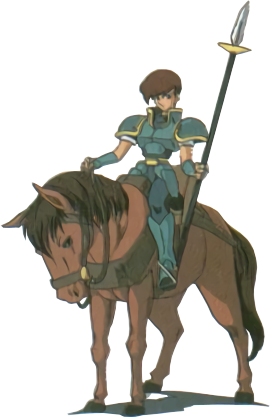 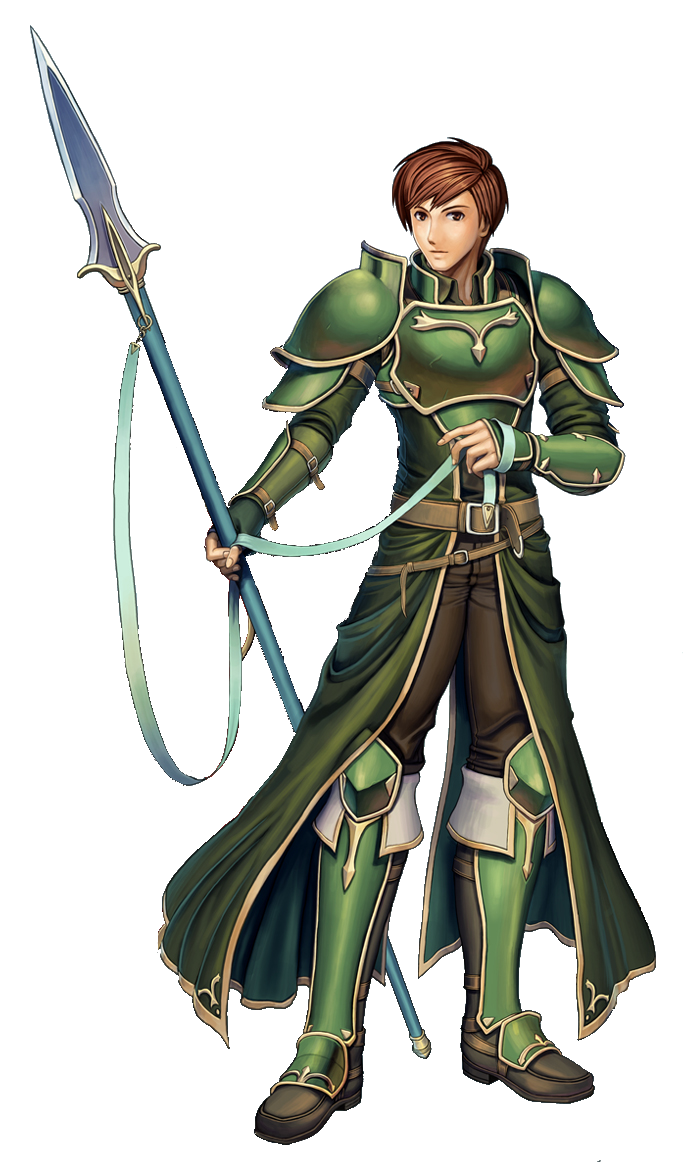 “So we'll decide with a battle. That'll let us know who's got the skill to be commander.”
—Roderick in Prologue II New Mystery of the Emblem

罗迪（Roderick、ロディ）是以下游戏中可使用的角色：圣火降魔录 纹章之谜 and 圣火降魔录 新·纹章之谜. He is a member of the Altean knights who joined after the War of Shadows, alongside 路克, 卡达丽娜, and the Avatar as part of the 7th platoon. In the end, he continued working under 马尔斯 and became a Paladin.

Little is known about Roderick's life prior to enlisting in the Altean army, other than his friendship and rivalry with 路克. When they begin their training together, he keeps cool despite others getting nervous (like 卡达丽娜) or even cocky (like Luke). During his training, he strikes friendships with the other members of the 7th Platoon, which Luke is also a part of. He sees Prince Marth to his victory over Hardin and Medeus, and after the war becomes a Paladin of Altea.

Roderick tries his best to impress Prince 马尔斯 not only with his lance but with his attitude, which would lead to his chivalrous and overly loyal personality. During the Grustian expedition, he continues to follow Marth while seemingly making Luke look like a lesser knight in terms of composure and attitude. It is implied in his death quote and base conversations that he has feelings for Cecil.

弓手->Sniper: With his high HP and Speed growths coupled with decent Defense Roderick will be able to take or outright dodge a good amount of hits before dying and dish out good damage with a decent Critical hit chance making him an overall good unit.These qualities will become even clearer when he promotes into a Sniper. He will mostly compete with the more damage oriented Ryan for the position of the army's Archer/Sniper and it depends solely on the player's preference who you want to use.

Myrmidon->Swordmaster: Similar to the Archer but with higher mobility and a bit more Resistance. Sadly there is a very high standard coming from 拿巴尔 and Cecil, making this option less appealing. Another downside is his Weapon with E in Swords where most other Myrmidons have at least D.

Mercenary->Hero: Like the Myrmidon but with Axes once promoted. This again has insanely high standards with both his fellow knight Luke and the Mercenary 奥古马 who both boast stats better tailored for this class.

Overall: Apparently almost every guy can be good with Axes if he wants to as Roderick surpasses Cord, Bord and 巴兹 in everything except some bases and weapon rank. This class also gives him the upper hand against the Lance- and Axe-heavy chapters that the early game has to offer.

Steady Squire
An aspiring knight of Altea. Of calm demeanor. Luke's longtime friend and rival登场作品：New Mystery of the Emblem.

“Kris, I've heard the rumors about you as well. I need to see your ability firsthand, especially if you're to become the commander. I ask you this, as a fellow squire of Altea.”
—Roderick's battle quote against My Unit in Prologue II from New Mystery of the Emblem.

“My opponent is an archer... Then I should engage him in close-quarters.”
—Roderick's battle quote against Ryan in Prologue II from New Mystery of the Emblem.

The spelling 'Roddy' is an abbreviation of 'Roderick', a name which means "famous ruler".

Roderick's artwork from The Complete.

Artwork of Roderick from 《圣火降魔录英雄云集》 by Itagaki Hako. 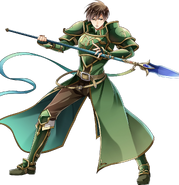 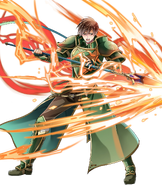 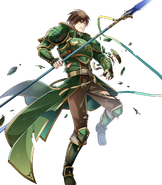 Roderick in the TCG.

Roderick as a Paladin in the TCG.

Roderick's portrait in Mystery of the Emblem.

Roderick's portrait in New Mystery of the Emblem.
在此图库中添加照片