拉姆村出身，阿雷武的兒時玩伴之一。18歲。從小時候起就單戀著阿雷武的少女，為了追尋阿雷武而加入解放軍。
Growing up alongside Alm, 羅賓, 格萊, Kliff, and 賽莉卡, the group were incredibly close. One day, the children saw a knight approach the village, the first one they had ever seen. These knights were led by Slayde, who attempted to kidnap Faye and Celica. Thanks to a timely rescue by Mycen the children were saved. This event caused Celica to leave the village for her safety. Over the course of the years, Faye trained under Mycen in combat.

Several years later, Ram Village was visited by 盧卡 who was looking for Mycen to lead the Deliverance. While he could not be found, Alm volunteered to join in his stead. Alm asks his friends to come along with him on his journey, an offer Faye accepts in order to remain close to Alm.

A young woman from Ram Village, and Alm's childhood friend. Her devotion to him stretches back to these days登場作品：Fire Emblem Echoes: Shadows of Valentia.

As the sole starting female Villager, Faye has a unique set of promotions when compared to fellow Ram Villagers and Atlas. She is given the Cavalier, Cleric, Pegasus Knight, and female Mage class. All of these classes can work well given her stat spread, should the player be inclined to use them, though she performs as a standard version of the class given that she has relatively balanced stats across the board and works similarly to other units of the same class.

As a Cleric, Faye has several White Magic spells that separates her from the two in Alm's route. She learns 遠程聖療 at a relatively early level when trained and well before Tatiana is recruited, allowing her to heal from a distance safely. Even between all Clerics in game including Genny, she is the only one who learns Rescue to pull wayward allies back to safety The only other person who can learn Rescue is Atlas if he is a Sage, thus giving her almost an exclusive usage of the skill once both armies merge. However, her most notable unique spell is Anew, essentially letting her assume a Dancer-esque role, though she learns the skill relatively late in the game. While the hefty cost of 24 HP may be steep in certain situations, the ability to transfer her turn to more offensively capable units may make the trade off worth it in certain situations. Overall, Faye's bonuses and uniques in her Cleric White Magic spell list give her tremendous benefits and prevent her from being overshadowed by the others.

As a Mage, she is not quite as powerful offensively as 迪優特 given her slightly shallower Black Magic pool though she does have Freeze at her disposal when promoted to a Priestess, giving her one unique spell compared to other Priestesses in the game. 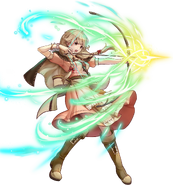 Artwork of Faye from Fire Emblem 0 (Cipher) by Senchat.

Faye as a Priestess in Fire Emblem 0 (Cipher)

Artwork of Faye from Fire Emblem 0 (Cipher) by Mayo

Faye as a Pegasus Knight in Fire Emblem 0 (Cipher).

Faye as a Priestess in Fire Emblem 0 (Cipher). 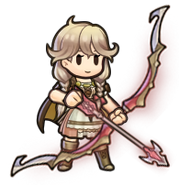 Faye's battle model as a Girl.

Faye's battle model as a Villager. 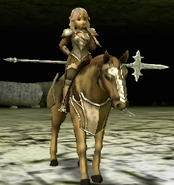 Faye's battle model as a Cavalier. 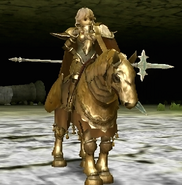 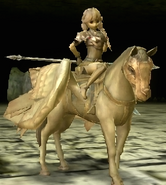 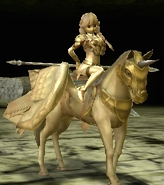 Faye's battle model as a Cleric. 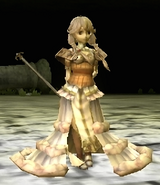 Faye's battle model as a Saint.

Faye's battle model as a Mage.

Faye's battle model as a Priestess.