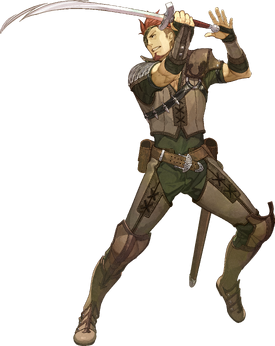 “Believe me, lass, I ain’t worried about a couple sea rats. All I’m worried about is if you can pay. I don’t work charity cases. Especially when I’m risking my own neck.”
—Saber to Celica in Echoes: Shadows of Valentia.

A former member of the Rigelian army, Saber left to become a mercenary. Meeting 賽莉卡 at a tavern, he accepts her request to protect her group during their seaborne journey to Mila Temple after she offers her Golden Dagger as payment. Ever since his employment, Saber more or less acts as Celica's advisor, albeit an unconventional one. Arriving at Zofia Castle, he points out that she doesn't seem all that impressed with it compared to 梅伊 and 波伊. After Celica accepts her heritage, Saber swears fealty to her and becomes just as loyal as Mae and Boey. When Celica announces her intention to invade Rigel to retrieve Mila, Saber assures her that he has her back. At Duma's temple, he leads Celica's army in an attempt to rescue her. After the war, he marries an unknown woman and joins Jesse's kingdom.

Driven Mercenary
A mercenary who will take on any job...if he's paid enough. His identity is a mystery but his skills are unquestionable登場作品：Fire Emblem Echoes: Shadows of Valentia 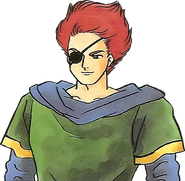 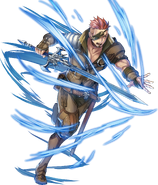 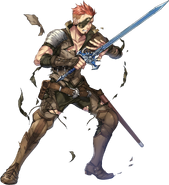 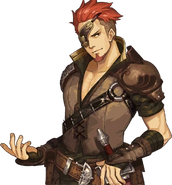